The Tarn Aveyron, a wild land of character 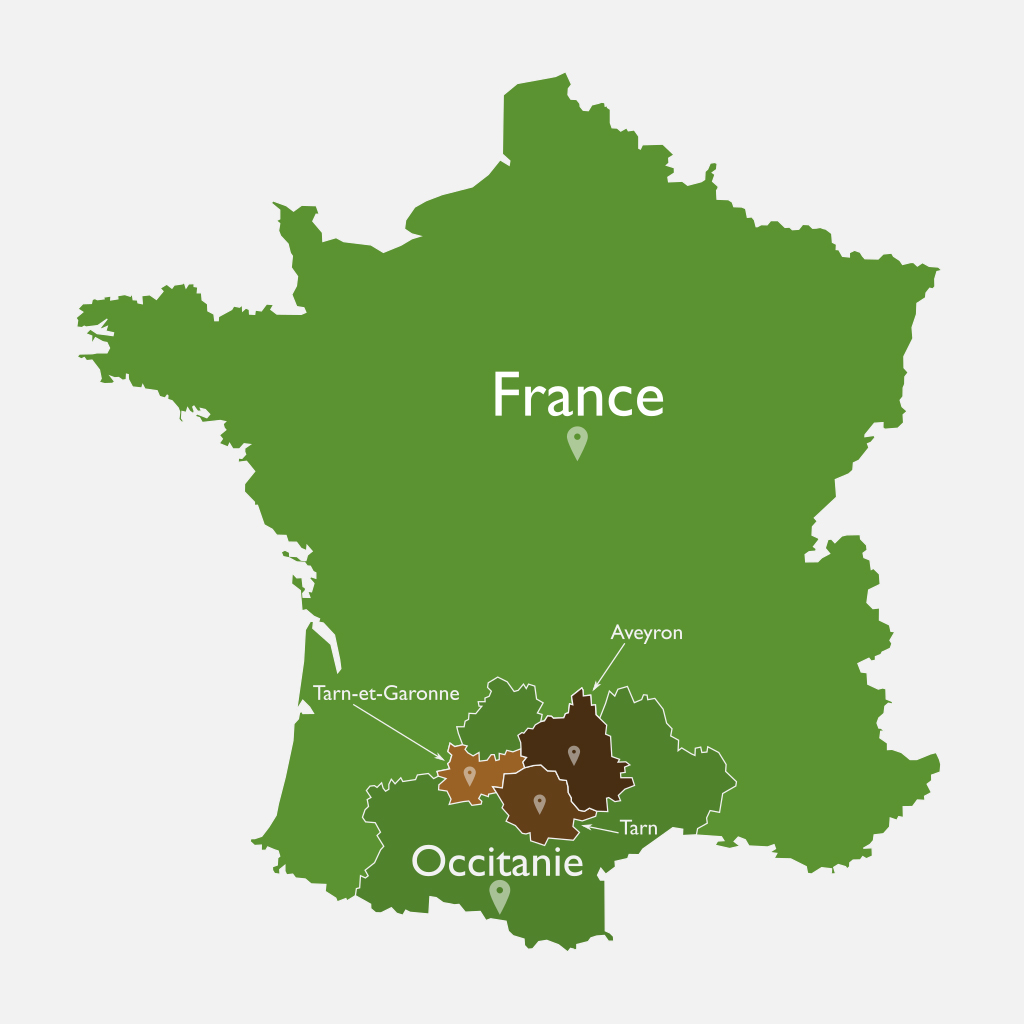 With the Guide of Tarn Aveyron, uncover a region with an interesting history, a rich natural, scenic, gourmet and human heritage. The Tarn & Garonne, the Tarn and the Aveyron, are ideal for either relaxing or having a sporting holiday. These three departments, adjacent to one another, have not been put together haphazardly. Located to the north of the former region of the Midi-Pyrénées, newly joined to the Languedoc-Roussillon to form the great region of Occitanie, they are a melting pot of Gascony, land of causses (limestone plateaux), mountains, gorges and large plateaux of character. Enjoy a pleasant travel experience and stay through these changing, wild lands.

The Tarn & Garonne is one of the smallest departments in France. Surrounded by the Lomagne region (spreading from the Gers to the Haute Garonne), the bas Quercy (the Lot) and near the Causses of the Aveyron, it is a region with very rich scenery. The Tarn & Garonne is diverse, and while crossing it, you will never see the same landscape twice.

Plains, fluvial valleys, gentle, undulating hills, beautiful gorges and limestone plateaux can all be seen. This area, in particular, has many sports grounds for those who want to play sports; there are also plenty of trails for hikers and nature lovers in general. The Tarn & Garonne is not very high in terms of altitude ; the great plateau barely reaches 500 metres (1,640 feet). It has an agricultural landscape, and its inhabitants have always used the silt of the Tarn, the Garonne, and the Aveyron, as well as the many small rivers which cross the landscape, to cultivate the land. The climate is mild (see our meteo section to check the sort of weather you can expect to have during your stay), with pleasant seasons and few frosts. The climate is perfect for orchards. From the beginning of the season you can find cherries and small fruit ripened by the sun. Moissac raisins, famous for their sweetness, are grown here. 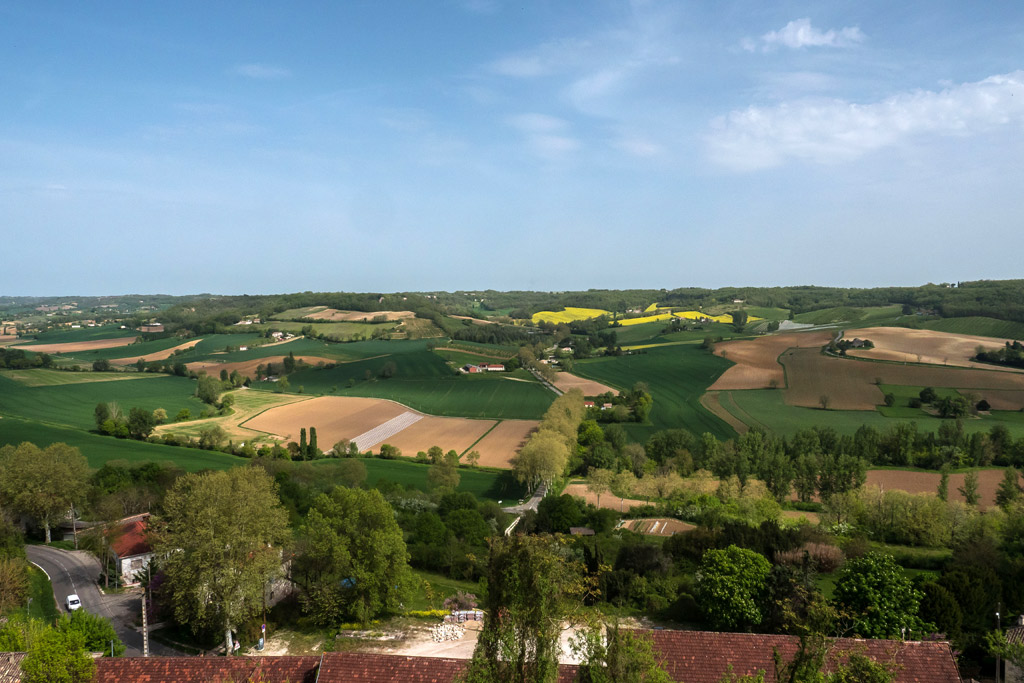 The main towns of the Tarn & Garonne are Montauban in the centre, Castelsarrasin, Moissac, Caussade, Valence, Montech and Nègrepelisse among others. Montauban, however, remains the most important town (the prefecture – main administrative centre), because of its area and density of population. Castelsarrasin and Moissac are secondary towns, which developed due to their economy; the other towns are mainly towns of a smaller size, some would qualify as big villages. The Tarn & Garonne is a rural department, with a small scattered density of population. Walk around, without stress, on a well maintained good road network. In Tarn & Garonne, gastronomy holds an important place in their heritage! Here, the population eats well; there are numerous Gascony and Occitanie culinary specialities

Cockaigne land (a land of plenty in medieval myth) has truffles, wines and delicacies made from duck and geese. From castles to majestic abbeys, from lovely castelnaux to exceptional bastides, it is a diverse destination for all the family. 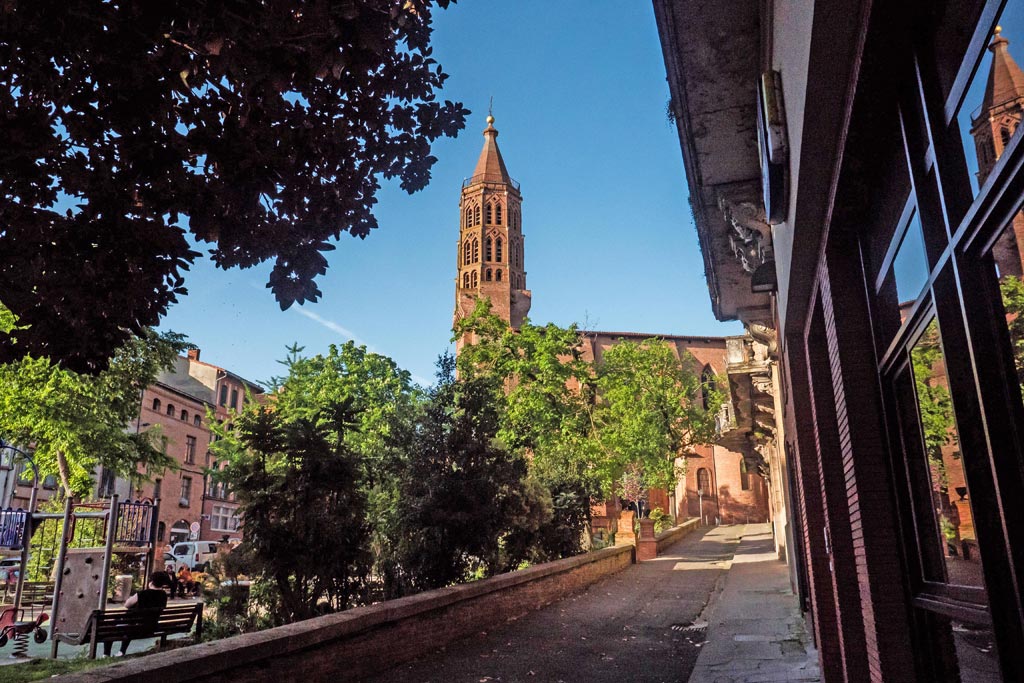 The Tarn River, which gave its name to the department, flows here, obviously! Between the Massif Central and the Aquitaine Basin, the Tarn has a diverse landscape:

This is what has given the Tarn its definition. 500,000 years ago traces of human occupation were discovered. The Crusade of the Albigeois, against Cathar heretics during the 13th century, have left their mark on the historic past of this department : there were battles, massacres and revolutions. After the religious wars, the Union fights changed the atmosphere with battles and political turmoil. The differences in class were evident in the Tarn and at the end of these economic and political troubles there were the two World Wars which depleted the population. 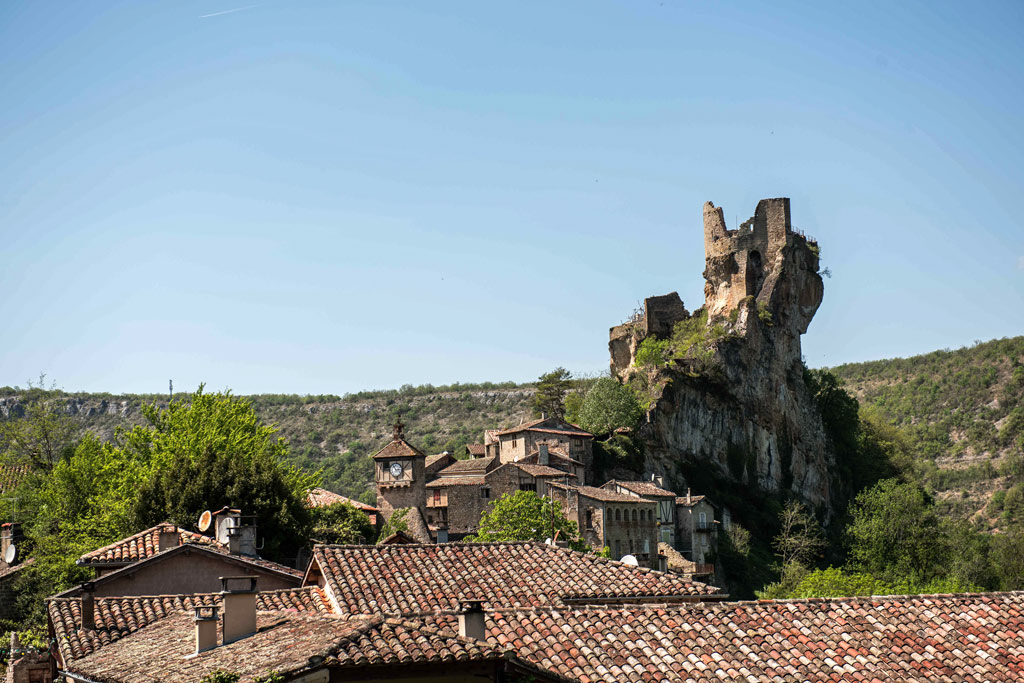 Equidistant from the urbanisation of Toulouse to the southeast and Montauban to the west, the Tarn is a rural department, which for a long time used farming and industry as its main economic resources. Today, tourism and the service industry are the main means of wealth production. Tourists are offered a huge range of landscapes with charismatic bastides, rich in history, which provide attractions for holidaymakers.

The climate is pleasant, even if it is not the French Riviera, and the sun shines a lot! The summers are hot, the winters are cold, but not harsh, and tourists are welcomed all year round. Here the locals value hospitality ; the inhabitants of the Tarn have the reputation of being friendly ! The food is delicious with specialities from Gascony and Rouergue... They eat pork, pudding, charcuterie of Lacaune, plus mushroom dishes, saffron sauces, pastries and small cakes of all shapes and textures... 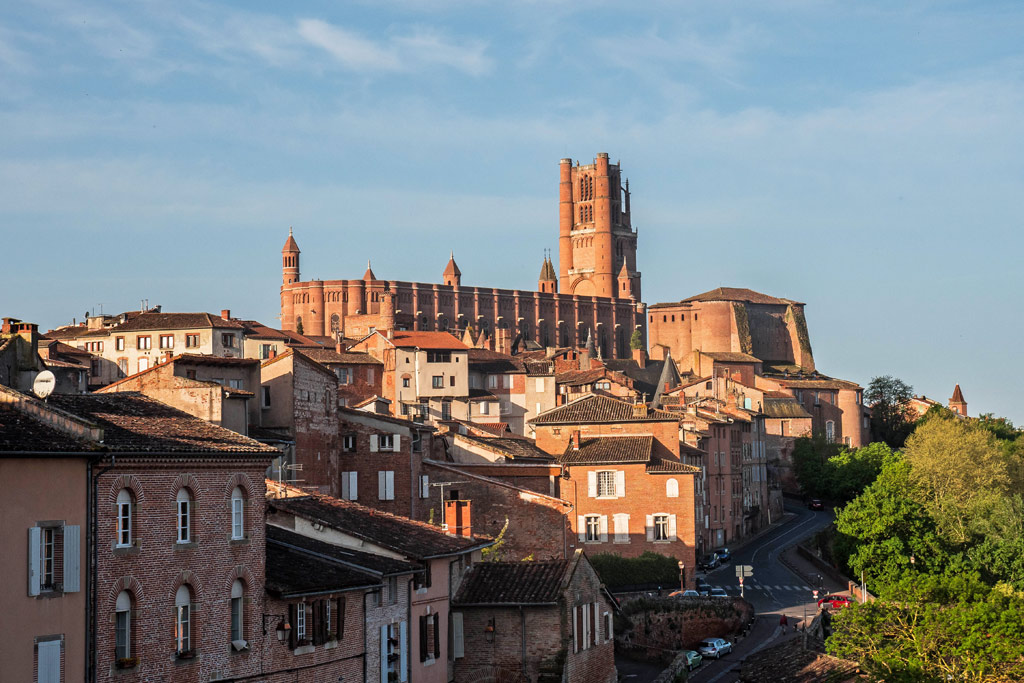 The main towns of the Tarn are Albi (the Administrative Centre called “Préfecture”), Castres, Gaillac and Lavaur. There are also excellent tourist sites such as Cordes sur Ciel, le Sidobre with its rocks, hillside villages, paths of the Montagne Noire (Black Mountain)... The Tarn offers endless and varied experiences, landscapes full of sun which can be hidden in the morning, in the middle of the clouds... 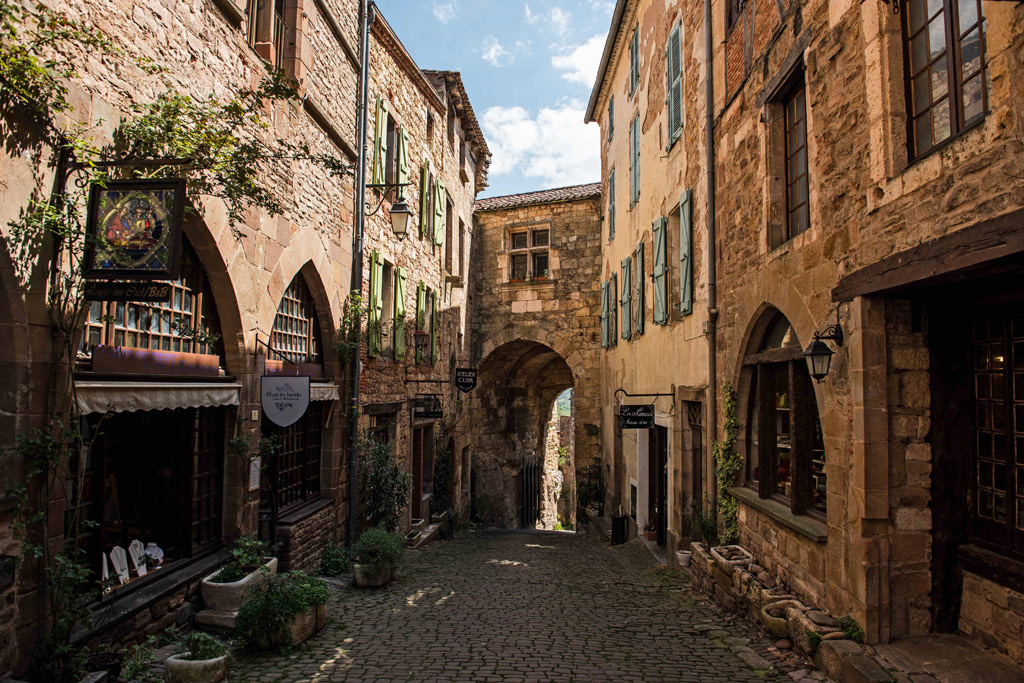 Here, everything is beautiful ! There is a succession of mountains, rocky plateaux, deep valley... the Aveyron, which is just about in the territory of the former province of Rouergue, is positioned right in the heart of the southern half of France. The Aveyron is famous for its traditions and authenticity. Rural and land-locked, it remains an important tourist location with its beautiful towns. Rodez is the Administrative Centre (Prefecture), with Millau (and its very famous viaduct), and Villefranche-de-Rouergue is a sub-prefecture. The density of population is thin here.

Even, in the middle of the summer, with the population expanding, you will always have the feeling you are alone in the world, alone with the beauty of the scenery, the aridity of the causses (limestone plateau), the majestic character of the gorges, the harshness of the cliffs where villages are perched, (you wonder who built them there ?). In Aveyron, you go from marvel to marvel, it is a large department, with a varied altitude. You can climb up to 1,400 metres (4,593 feet) in the mountains of the Aubrac. Here, you need a cardigan, even in summer.

On the plateau, it can be warm, but generally the temperatures do not exceed 20 degrees Centigrade. This is a good thing as the Aveyron is one huge sports ground. Here the inhabitants run, walk, slide, sail and enjoy all white water sports. With some trainers, a paddle, rackets, wetsuit, bike or climbing harness, nothing can stop you from enjoying yourself. 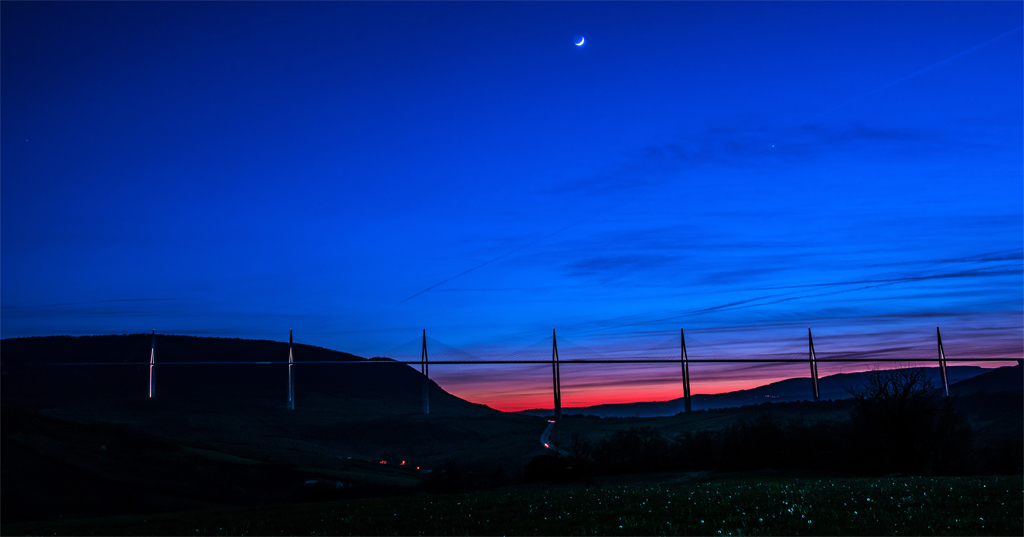 They are many natural regions in Aveyron, you can combine many trips into one, but be careful, the roads are narrow and winding. You need to carefully plan your itinerary to avoid being late, because the gorges, the altitude and the topography can be confusing on a flat map !

Everything is diverse in the Aveyron, and the food is good. Enjoy aligot (a dish made from melted cheese and blended with mashed potato) and the specialities which offer juicy, savoury meat. Fresh, creamy, characterful cheeses are avialable. Luckily the area is hilly, with plenty of sporting activities so you can burn off the calories consumed at mealtimes ! 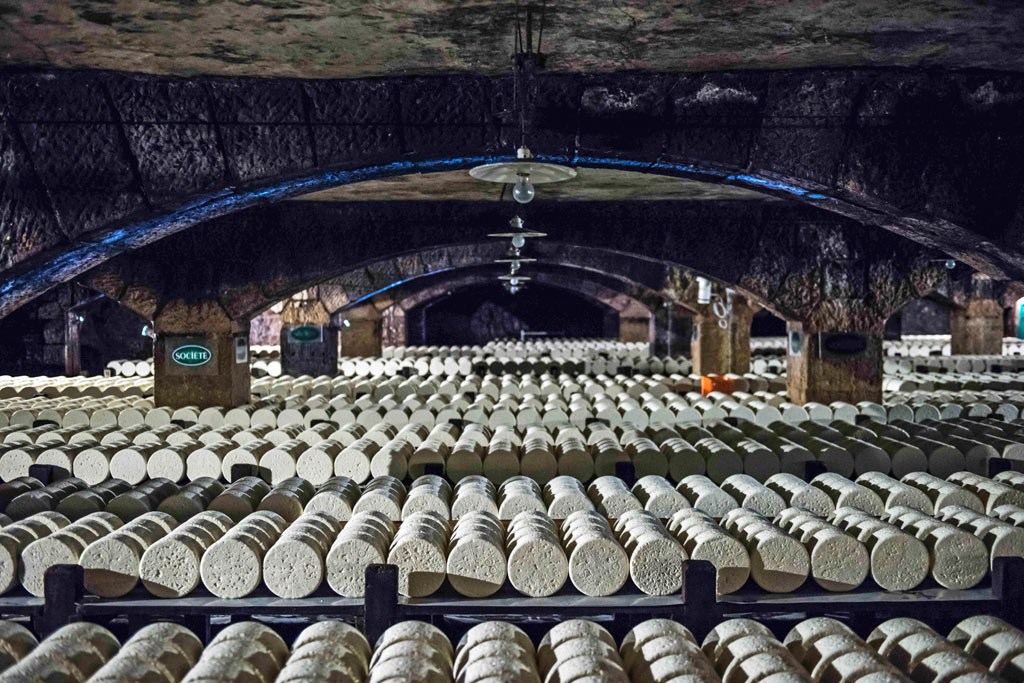 To see these beautiful regions, we have divided the territories into several sections. To highlight the particular landscapes, cultural specifics and sites not to be missed, check the map below and the corresponding sections. 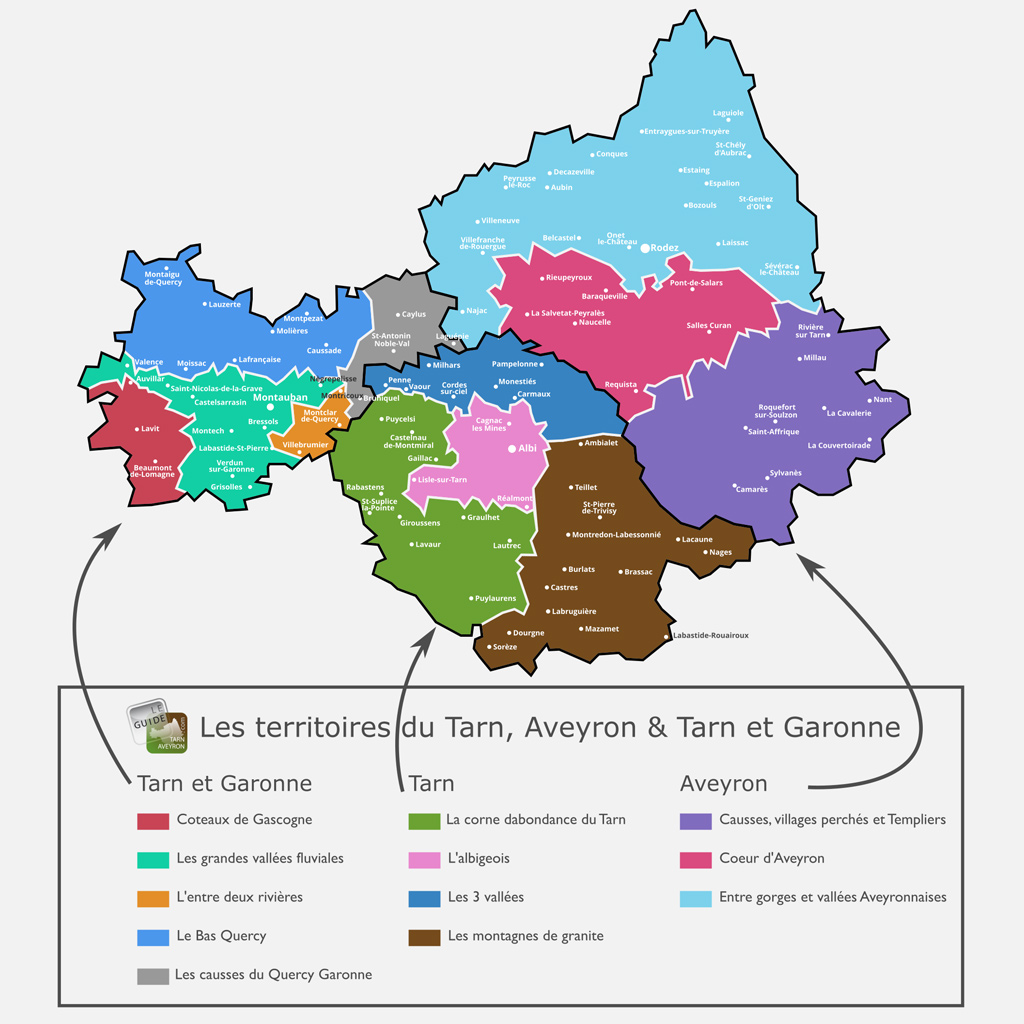 the territories of Tarn-et-Garonne

To unearth the treasures of the Tarn & Garonne, wander around as the fancy takes you in the following five regions : 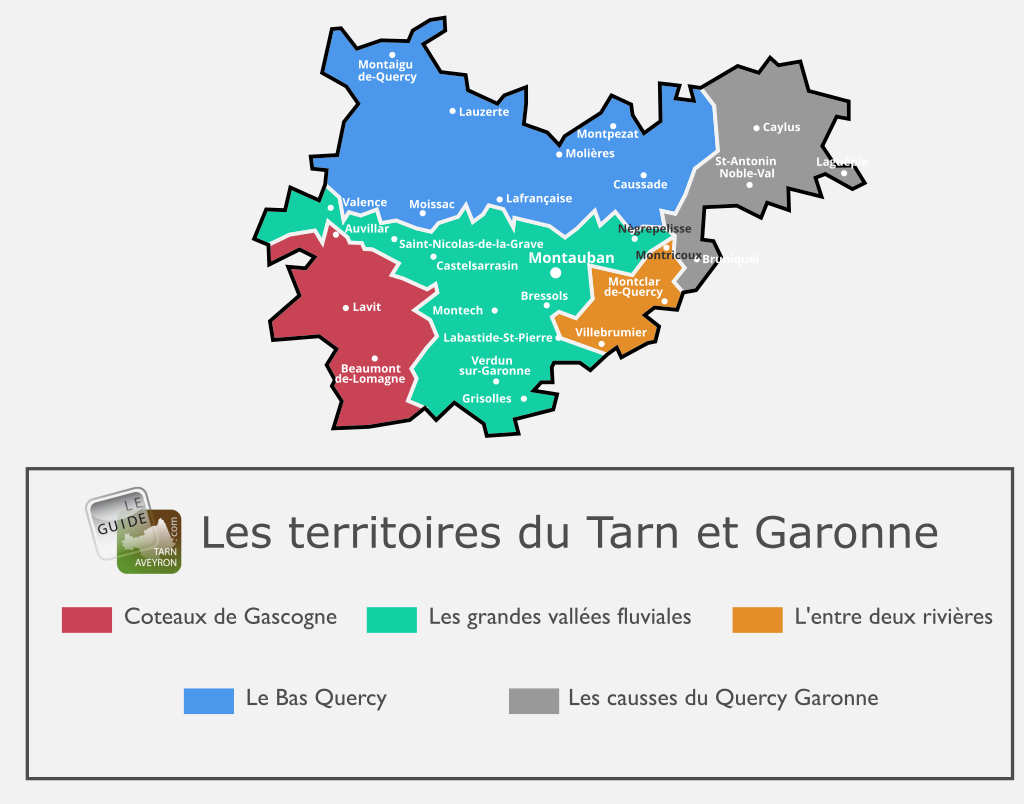 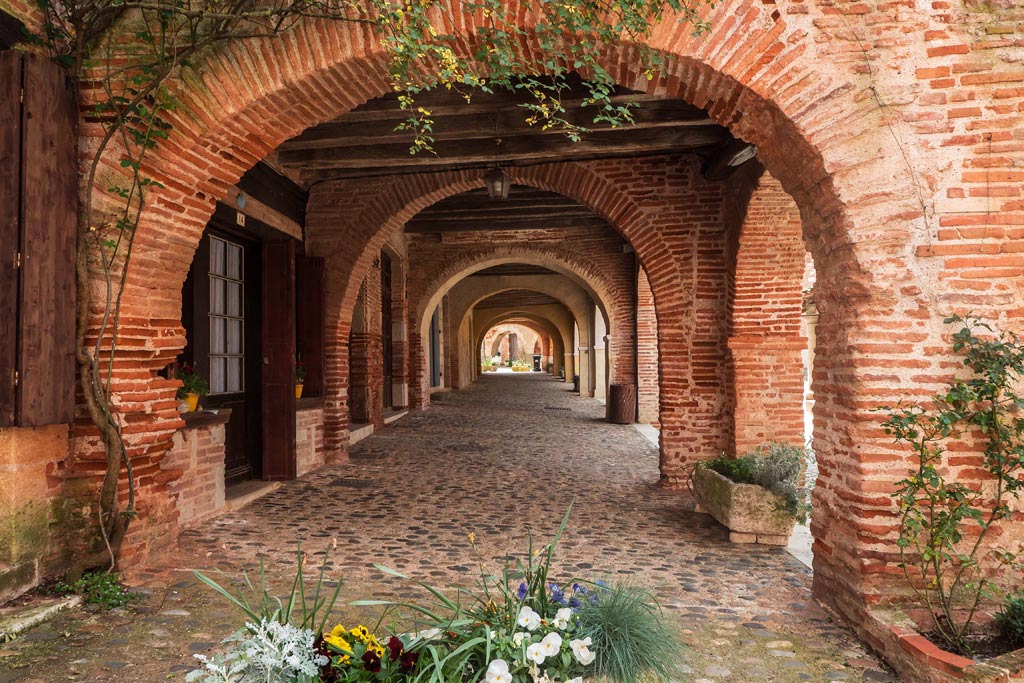 the territories of the Tarn

Let’s go to the Tarn, its mountains and its plains, its sun and its culinary specialities! Here,  here are four different regions. From the north to the south, from the mountains to  agnificent Albi, the Tarn offers : 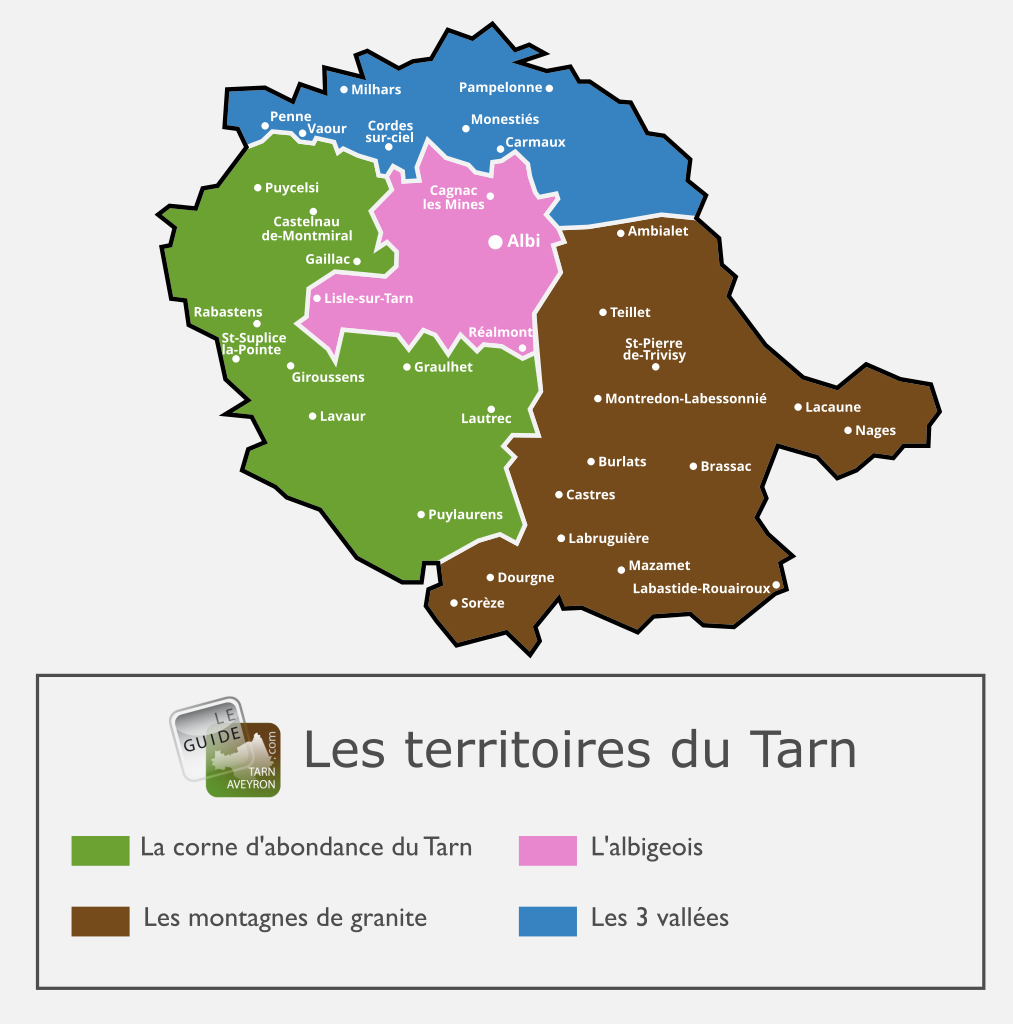 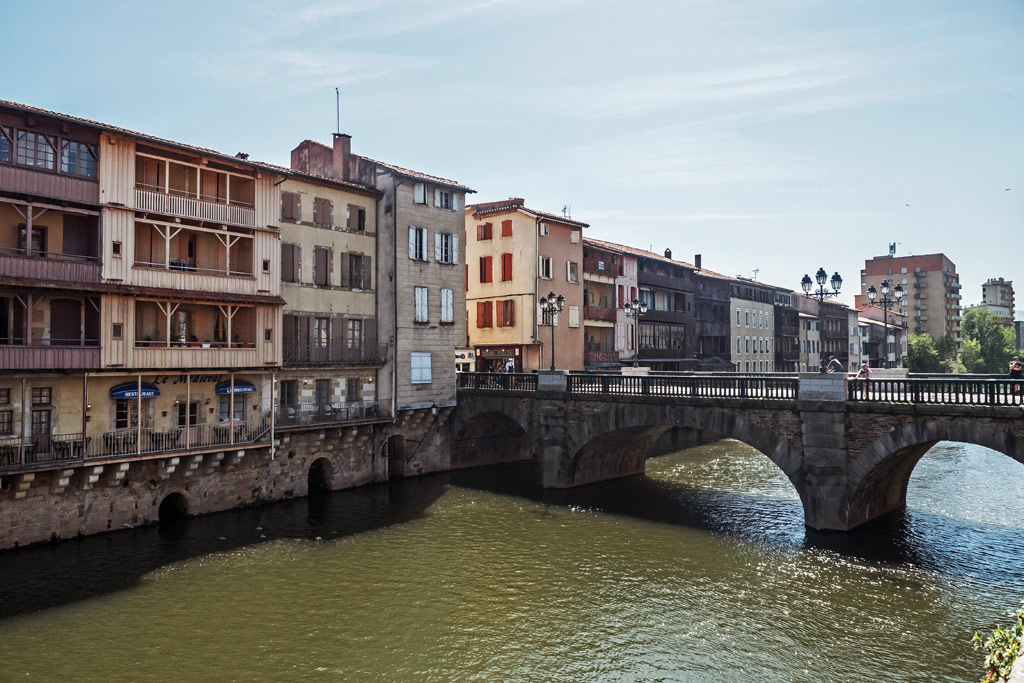 The territories of the Aveyron

The Aveyron is vast and grandiose; and it is difficult to class the unclassifiable, but at some stage we need to do so! We suggest three regions to tour in this vast department, while following a theme to guide you. Follow us: 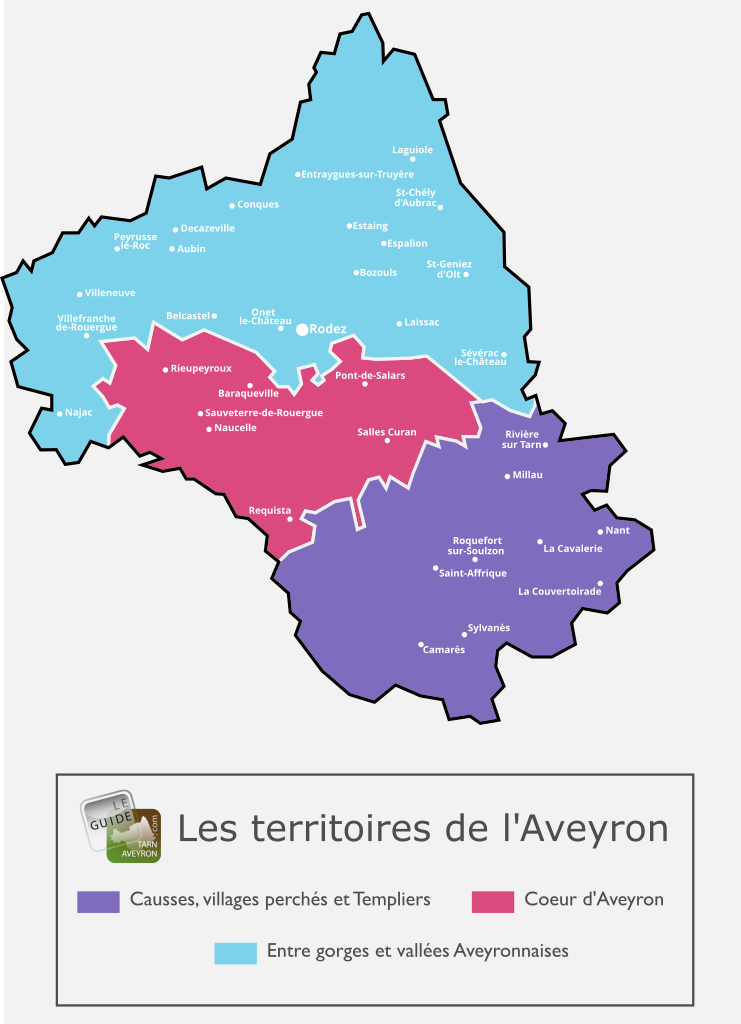 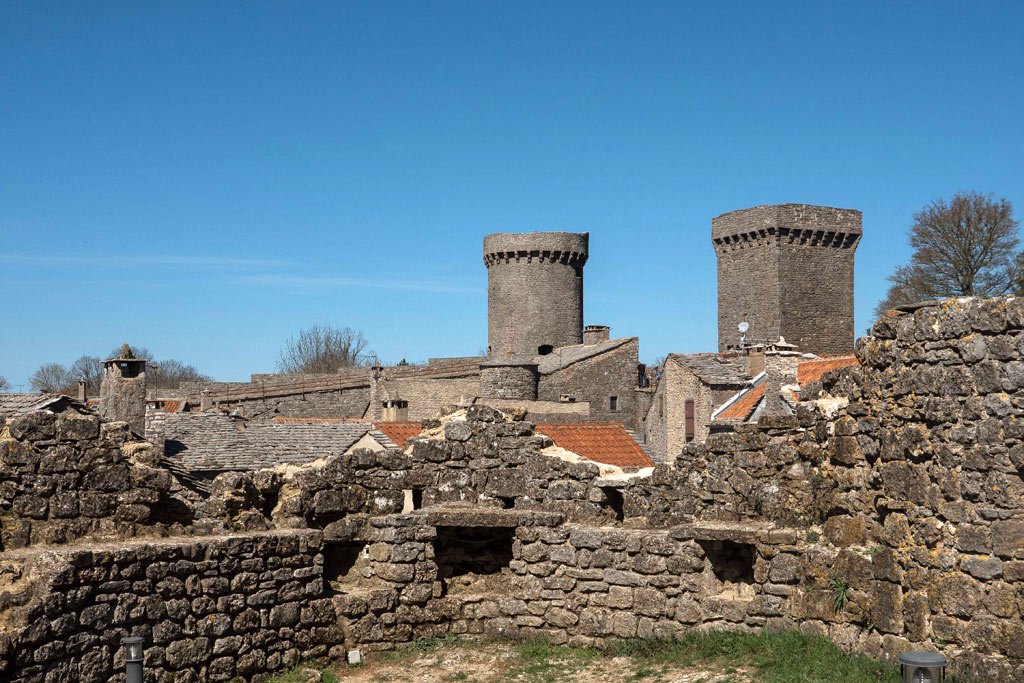 To fully enjoy your stay in Tarn Aveyron, do not forget to check the weather forecast in

your region. Try to match your stay with an event or a fair. There are events all year and it is lovely to enjoy a festive atmosphere during your holiday...mingling with the local population, learning things, talking, eating well... Check how to get there with our section on travelling and the main roads and public transport.

There are many small villages with beautiful weekly markets, we have them all (hopefully!) listed by department. Check market days in Tarn & Garonne, market days in the Tarn and those in the Aveyron. Do not forget to get some information about local products, the gastronomy and recipes of this region! Be well informed and make a list of all the wonders you want to find here! Finally, wine enthusiasts will be happy to learn more about vineyards, the producers, the AOP and other alcoholic beverages in general, for each department. 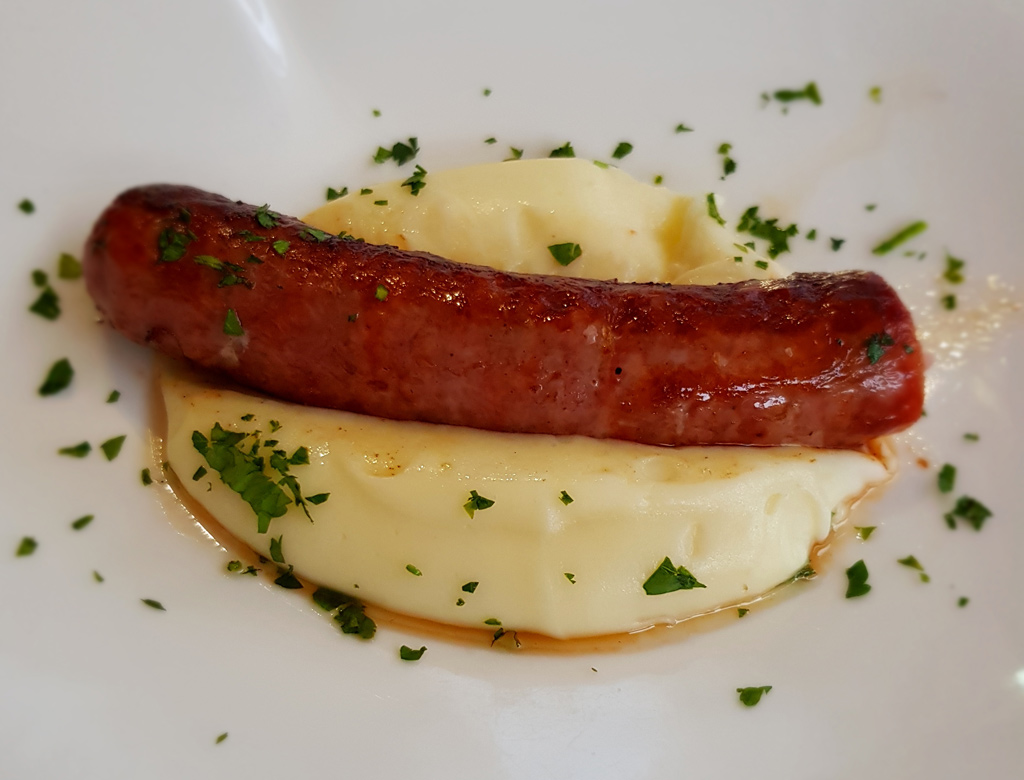 We wish you a very happy holiday in the Tarn & Garonne, the Tarn and the Aveyron. Consult Facebook and join our Facebook page for more information and to contact us !

8 villages on a rock in the Tarn

Their heads in the clouds, the hilltop villages of the Tarn ! Do you like heritage getaways that are worth ...