Map of Tarn-et-Garonne, territory of the Causses du Quercy Garonne

Neighboring the departments of Lot and Aveyron, the territory of the Causses du Quercy Garonne is richly endowed with green and welcoming villages. Whether you like very lively destinations, teeming with happy and active people like Bruniquel, Saint-Antonin-Noble-Val, or whether you prefer the peace and quiet of villages far from the tourist patterns (but a stone's throw from attractions for day trips), you will find what you are looking for here. The gorges of the Aveyron gently open their arms, to modestly reveal their steep cliffs, their dense vegetation and soaked in sunshine. What a pleasant prospect, for a busy and certainly successful family holiday !

Ahhh the magnificent village of Bruniquel, a medieval jewel, clinging to its colossal rocky peak , in the middle of unspoiled and breathtaking nature ! Set off to attack this town, starred in the rosary of the "Most beautiful villages in France". The Castle of Brunehilde (Le Château Vieu), Visigoth princess, Queen of the Franks in 587, hangs proudly on the cliff overlooking the Aveyron. Prehistoric remains have been found in La Grotte de Bruniquel and at the foot of the village (47,600-year-old bear bones, skeleton of a woman from the Magdalenian period)... If the excavation shelters cannot be visited, on the other hand one will find some of these exhibits at the Musée des Châteaux. The beauty of Bruniquel is due to the magnificent facades of the medieval houses, which you will observe with delight, during a stroll through the picturesque alleys. Do not miss the Maison Belaygue, the Maison Le Parlement, the House with the iron rings, the Forges de Caussanus. In rue Bombe-Cul (you will understand why it is so named, after climbing the stairs) there are a good number of craftsmen. The beautiful cobbled streets invite you to relax, visit the village (with sneakers!) in the morning or at sunset, to appreciate the luxuriance of the vegetation and the play of light.

Anecdote: Why are there two castles in Bruniquel? It was a quarrel between father and son in 1461 that led to the construction of a separation wall around the Château Vieux . In the 16th century, a new castle was erected on the remaining part. In 1780 after other quarrels, notably religious, the separation wall was abolished and the owner of the new ensemble symbolized reunification with two twin towers. In 1987, the castles were bought by the municipality. They can be visited and sometimes host festivals, such as the Festival Lyrique des Châteaux.

The pretty streets of Bruniquel

In the middle of the landscapes with stunted trees of the causses and the majestic gorges of the Aveyron, is Saint-Antonin-Noble-Val. A really pleasant village, with a strong natural spirit (independent bookstore, shops selling local and organic products). Art lovers will not be left out, since it is also a village of craftsmen, which, in the summer, comes alive with many workshops. Soap factories, sculptors, jewellers, ceramists, painters, we stroll through an open-air art gallery! Without forgetting the charming facades of the buildings adorned with old stones, the characteristic porches... 15 hiking trails are available and well marked all around the village and the surrounding area. Saint-Antonin is also a well-known nature leisure centre, with 600 climbing, caving, canoeing, rafting routes... There are many festive and cultural events in the summer.

The tips and good plans of the Guide Tarn Aveyron in Saint-Antonin-Noble-Val:

Saint-Antonin-Noble-Val, the Circus of Bone

The small fortified village is pleasant for a stopover and a walk. Stroll around the 11th century Saint-Pierre church , the 15th century Deanery , the fortifications and the remains of the old gate. To cool off, go to the pretty body of water where you will also see an old mill. Towards Lexos, on the municipal territory, you will see a very beautiful station listed as a historical monument.

A small picturesque medieval bastide town, Caylus is in the Bonnette valley. Take a walk to discover the Halle located on the Place de la Mairie, the right street and its medieval facades. The Maison aux Loups down the street is so named because of the gargoyles that adorn it. You arrive at the Saint-Jean-Baptiste church, listed as a historical monument. The old Royal Castle, with its square tower, the surrounding wall, the watchtowers, are interesting to see but cannot be visited because it is private property. Also admire the Pavillon Gauléjac, a 15th century dwelling (also private). Nearby is a protected natural site with a body of water: the Bois de Labarthe. Discover on the municipal territory, the sanctuary of Notre-Dame de Livron, its esplanade and the presbytery. Legend has it that a ferocious and monstrous beast terrorized the villagers, who prayed and promised to build a chapel in honor of the knight who would kill the animal. It is a place of meditation and spirituality. 12 other churches are present in the town.

The medieval center of Caylus

Parisot is a pretty little village that can be visited on foot, easily, for a few hours of break and pleasant strolls. You will see several buildings there, some private but still very pretty to contemplate: the 13th century Halle and its recently renovated wooden frame, the Château Astorguie, also just renovated, which is embellished with a park formerly used for growing roses (it is private). Outside the village, the Château de Cornusson is visible (not open to visitors), facing the Seye (a river). Let's return to the village: discover the 14th century Saint Andéol church , admire the remains of the old rampart and the tower, as well as the Porte de Genebrière, memories of the village's fortification. Since the summer of 2017, a brand new leisure center has been open at Lake Parisot, with a swimming area, children's games , pétanque courts, various aquatic and nautical activities and seasonal entertainment in the summer.

In the middle of landscapes of wooded hills, on the geographical limit of Lot and Aveyron, Saint-Projet is a town that has always been open to tourism, in addition to agriculture. Windmills, church, wells, ponds, hikes, children's play area, calm and conviviality... This is the postcard of Saint-Projet! Discover the Château de Saint-Projet and its history. In 1595, Queen Margot took refuge there to escape the King's army... The room where she stayed with her lover was then walled up and it was only by chance that it was discovered in 1990! You will visit 15 rooms presented and well decorated, from May to November on a guided tour. A beautiful French garden will complete this discovery.

Station Verte which bears its label well! Laguépie is at the confluence of the Aveyron and the Viaur (a tributary), which gives it a special location, nestled in the greenery. Between Albigensian and Rouergue, Laguépie offers an ideal location for holidaymakers who wish to enjoy green holidays, on the borders of several very attractive territories.

In summer when it's hot, you can swim in the clear and cool waters of the Viaur, thanks to the supervised bathing base, with free access. Autumn comes to Laguépie, it is the chestnut that is in the spotlight, the many chestnut trees in the area give rise to a specific market for this product, which comes in cream, candied fruit, as an accompaniment to poultry. Discover the ruins of the castle of Saint-Martin de Laguépie, built before the year 1000. A local association undertook work to consolidate the ruins and nocturnal illuminations. It can be visited with volunteers in season. 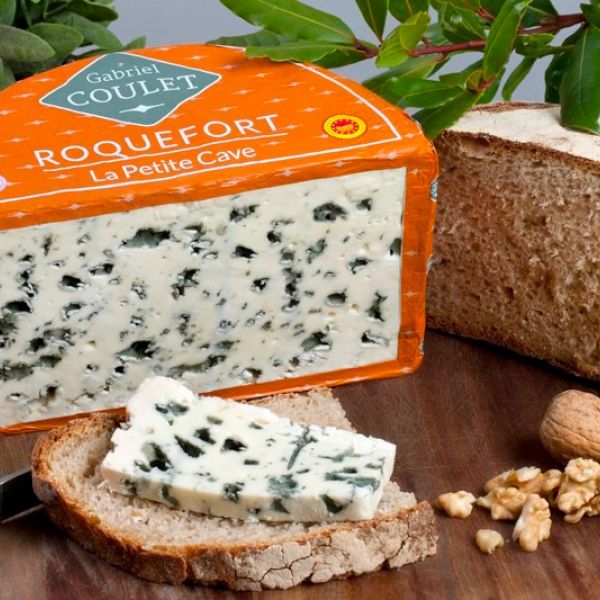 Discovering the fortified town of Puycelsi

Puycelsi is a remarkable historical city to discover during your stay in the Tarn. The village has the ...