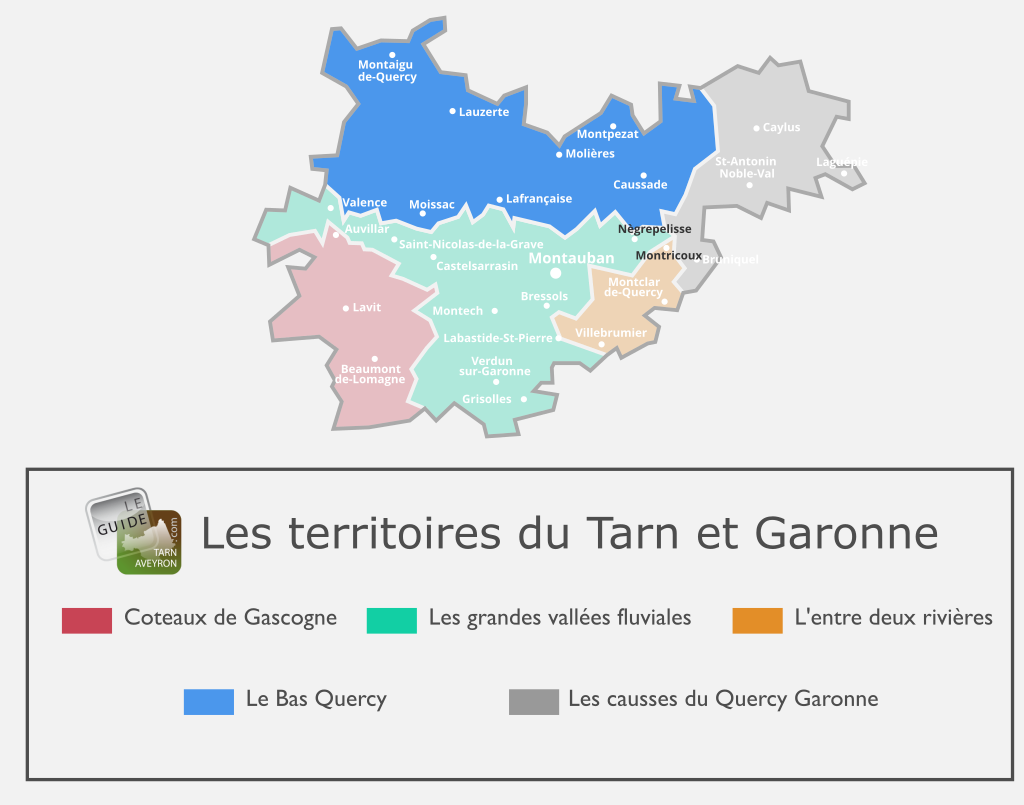 The Bas Quercy, it is a little bit of the Lot region which enters in the Tarn-et-Garonne. Here, the shrubs are several decades old and maybe centuries old ! The environment is made of causses (a limestone plateau), alternating with orchards, vineyards and meadows... alluvial plains and vast flat areas. Here, it is a land of mines, iron, wine and wood ! Dream while looking at the small isolated farmhouses in the heart of fields, what if you were to drop your suitcases here for few days ?

Welcome to the "city of hats" ! Here, the straw hat and the boater, with its bow, are fashionable. The hats were originally made in 1856, and the industry blossomed, giving the city its reputation.

Walk round Caussade until you find Léon de Maleville House, the 13th century Arles tower which faces the church belltower, the two lions head fountain and other beautiful houses.

While in the Tourist Office at Caussade, look for the scenographic design area which tells the story of hat making in Caussade. In July, the Festivales du Chapeau (festival and hat competition) takes place, make sure you go back home with a little souvenir... on your head !

Caussade market is on Mondays ; it is a buzzing market and very well-stocked. Having a family day out ? Go to the Parc de la Lère which is 55 hectares in area (135 acres) : there are walks to enjoy, a swimming pool, a campsite and chalets nestled in the heart of the countryside... a really good location ! 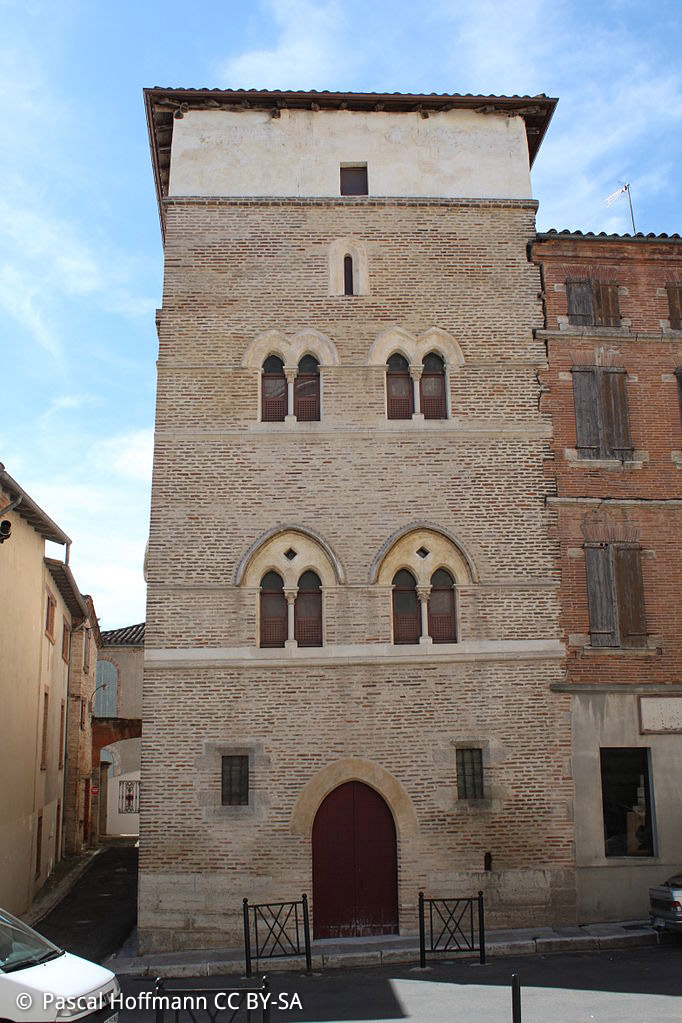 On the cliffsides of the Quercy, you will find Montpezat ! Explore its characterful alleyways ; walk through the 14th century City Gate, the only remains of the initial five gates which were built. Admire the many beautiful half-timbered houses, before reaching the cloister of the former Ursuline Convent. Nearby, in a small chapel, is a Veterans' museum which opens in July and August. The small park of the presbytery, with its well, is located near the Gothic style Saint-Martin Collegiate Church which has Flemish tapestries and are listed as historic monuments. Then, walk behind the Collegiate Church to see half-timbered houses, continue along the fortifications for a view of the town. Nearby, you can spend either a short time or all your holidays in the Faillal Leisure Park, which has a swimming pool, gites, hiking paths and beautiful fauna and flora. 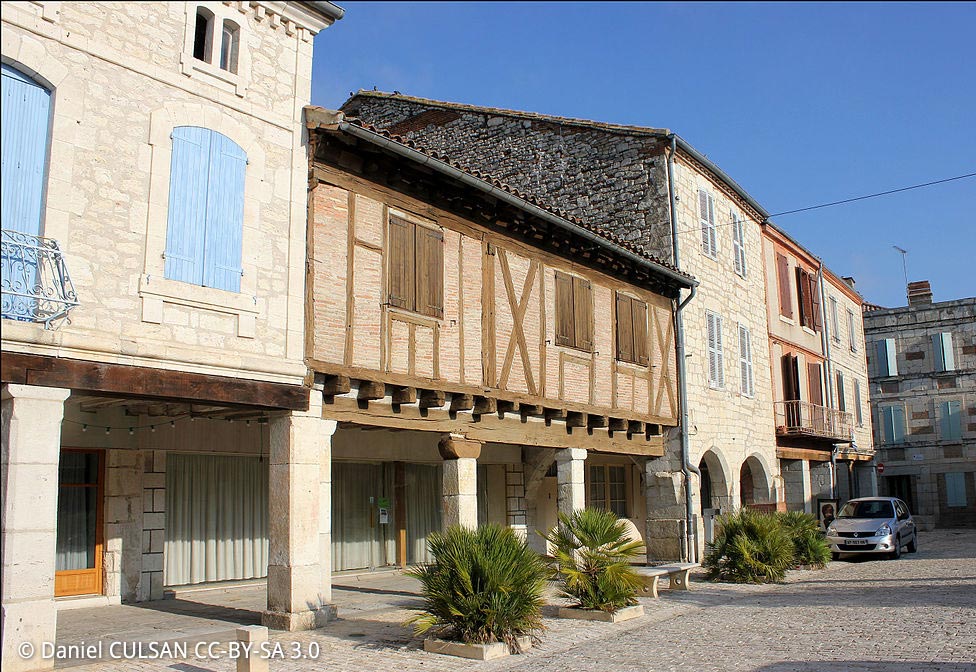 On the border of the Lot department, Molières is a green resort and a pleasant village located on a steep hillside. Explore Nativité de Notre-Dame church and the beautiful paintings inside. Molières has the Malivert leisure activity centre, which has a white sandy beach around its lake shore. It is also suitable for fishing.

For a beautiful panoramic view of the plains of the Tarn and the Aveyron, visit Lafrançaise. It is a dynamic commune where you can see beautiful monuments and architectural sites : Lapeyrouse Chapel has unique, Romano-Byzantine architecture, there is also the Grandmontaine de Francour Abbey (historic monument), the Château de la Baronnie (privately owned but really lovely) and the very beautiful building which houses the Tourist Office with its double staircase and pink brick façade. Look for the Pontalaman waterfall bridge, built in “foraines” bricks (the traditional bricks of Toulouse), which crosses the Lamboulas River. The bridge was built to regulate the downstream water flow of the mill. In the town's cemetery, some pyramidal graves are an unusual feature.

In the north of Castelsarrasin, Moissac is a town with 12,500 inhabitants ; it's dynamic and attractive. Crossed by the Garonne Canal, which links to the confluence with the Tarn River, Moissac is famous for the Chasselas grape ; many local producers grow it. Try these sugary grapes, which are full of flavour, during the fruit fair at the beginning of September. The GR 65, the road to Saint-Jacques-de-Compostelle (via Podiensis), passes the town and the development of Saint-Jacques-de-Compostelle tourism, and tourism in general, is important to Moissac. The medieval architecture of the town is an asset. The town is labelled as a Grands Sites de Midi-Pyrénées and a town of arts and history.

While walking in Moissac, look at the Market Hall which dates from 1891, where the market takes place and the Napoléon Bridge which has elegant arches and crosses the Tarn river. Saint-Pierre Abbey, one of the most beautiful Roman architectural sites, has a belltower, cloisters, tympanum and abbey church. The lateral canal of the Garonne River, continuing to the Canal du Midi, is a pleasant place for a walk. Visit the Moissac Museum, which has exhibitions about the history of the town and the abbey.

The Best Tips and Plans of the Guide of Tarn Aveyron in Moissac : 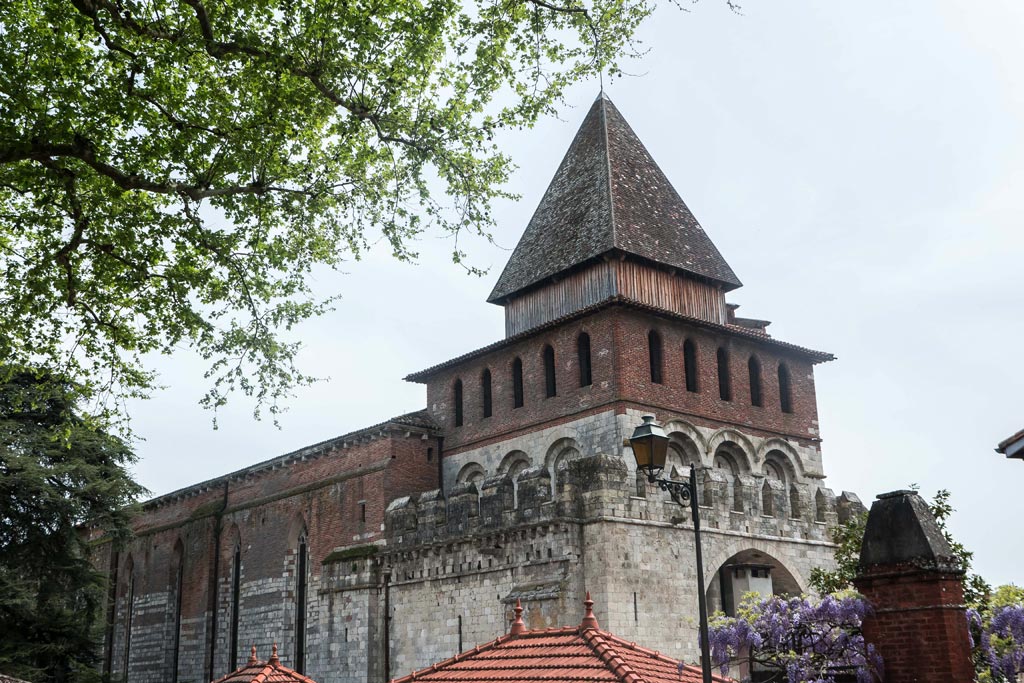 Welcome in one of the most beautiful villages in France. Lauzerte is located in Quercy and is 15 km north of Moissac. It is a bastide situated on top of a hill. Lauzerte, therefore, has a beautiful view over the surrounding countryside. Wander along the alleyways, via the small Place des Cornières (small, for a bastide !), appreciate the 13th century houses, and the many houses built in local white stone. Continue towards the esplanade to see the beautiful view ! You can see the small chapel of the hospice, which used to welcome pilgrims on the way to Compostelle. Saint-Barthélemy church, at the top of the town, has a square belltower. The Capucins monastery has been refurbished. It houses the legend of Father Calixte, who appears as a golden shimmer, every year at midnight on Christmas Eve. Lauzerte is also on the Via Podiensis, like Moissac, which is the next town.

The Best Tips and plans of the Guide for Tarn Aveyron in Lauzerte : 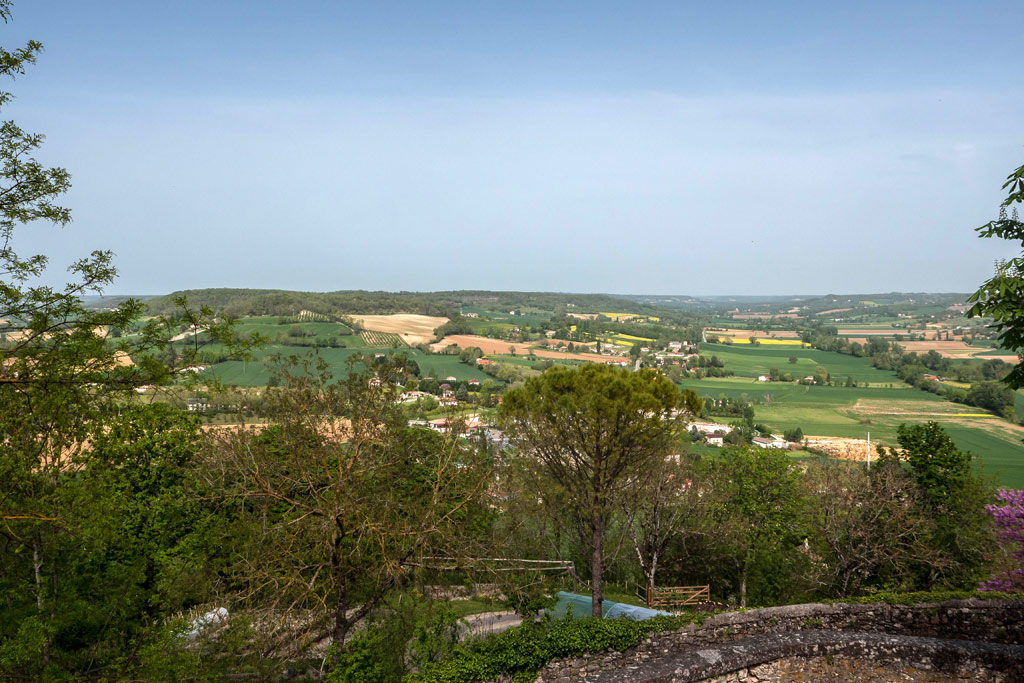 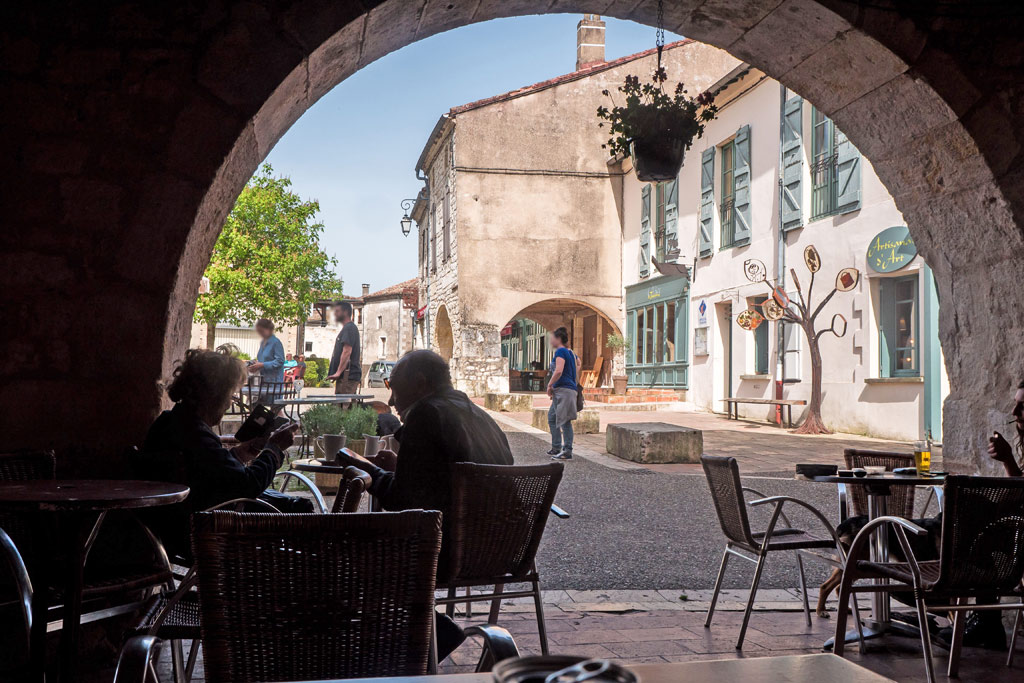 Located in Pays de Serre, a green resort, Montaigu is a sunny village with a beautiful leisure activity centre, Montaigu Plage, situated around a blue water lake. There are 40 hectares (98 acres) of woodland, nautical activities, bathing and leisure activities. For those holidaymakers who want to stay on site there is a campsite and gites with unusual architecture. The market takes place on Saturday morning and livens up the village square. 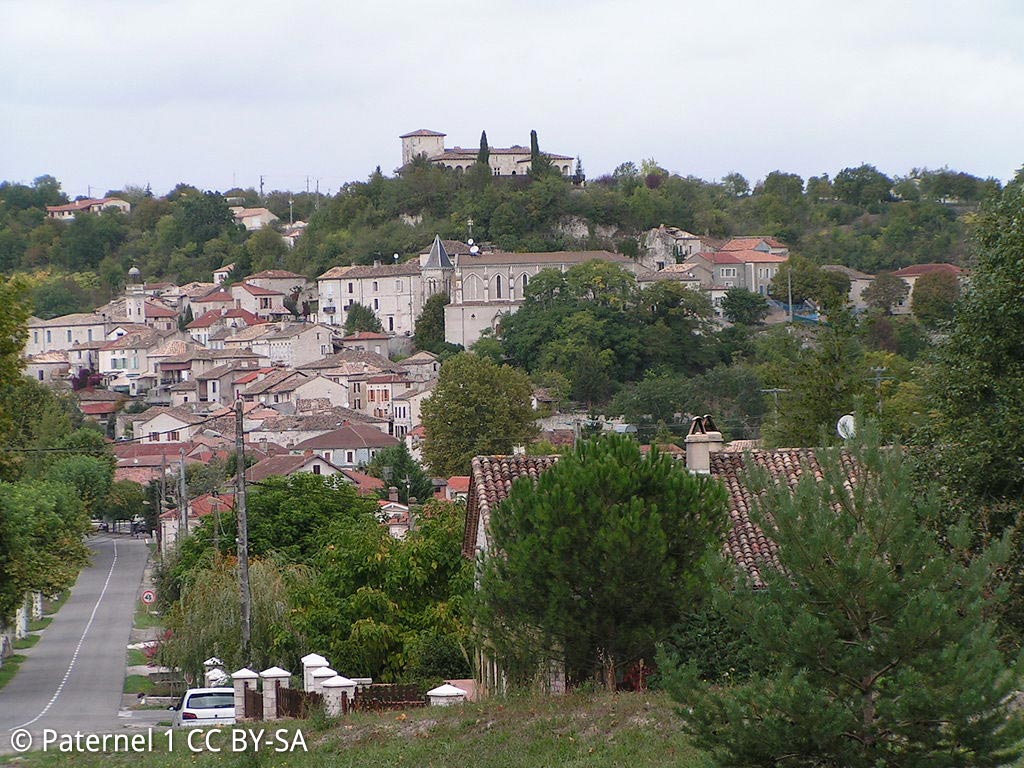