Gastronomy and regional products in Aveyron

The Aveyron is a great region for trying new foods. There are many specialities, authentic recipes and the locals like eating and sharing their experience around a table full of good food !

The veal of the Aveyron and Ségala

With all the grazing meadows available, Aveyron calves benefit from their mothers' milk. Their meat is therefore very pink, which takes back some consumers. It is tasty meat and this colour is explained by the fact that the calf is nursed by its mother who is well fed on high iron cereals.

Beef of the Aubrac

Aubrac beef comes from an old breed of cow which has adapted to the local climate. The cows are light brown in colour and are fed on grass and fodder. Transhumance is practiced here. (Spending the summers in the mountains and the winters in the valleys.) 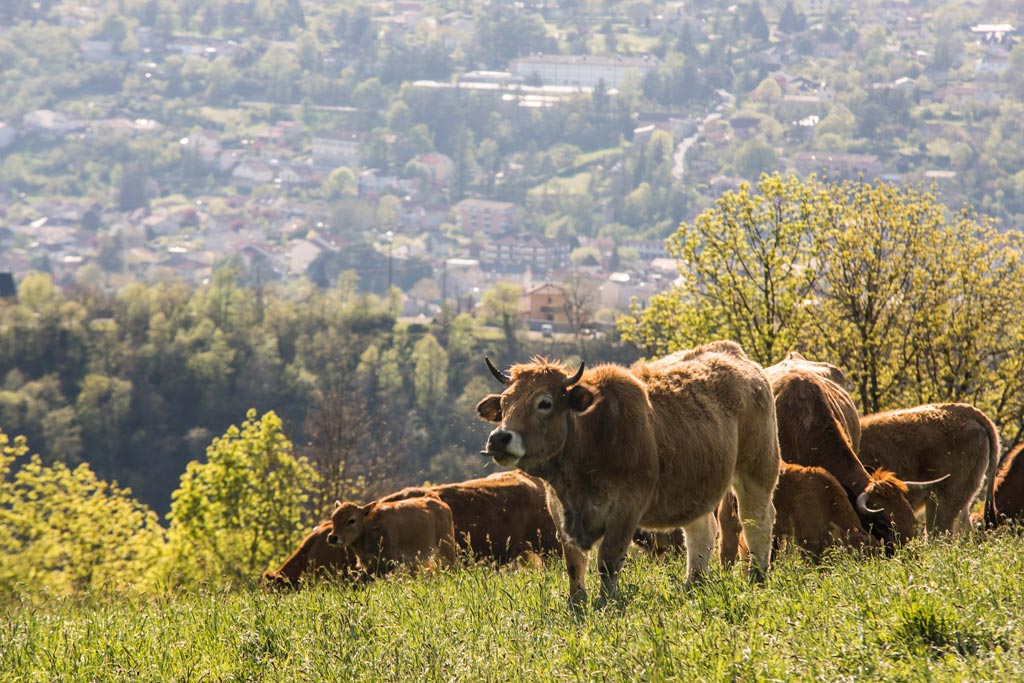 The lamb of the Aveyron

Also called “Agneau Laiton” of the Aveyron, is reared in a pen and nursed by its mother for at least 90 days. Its meat is silky and soft, slightly rosé. 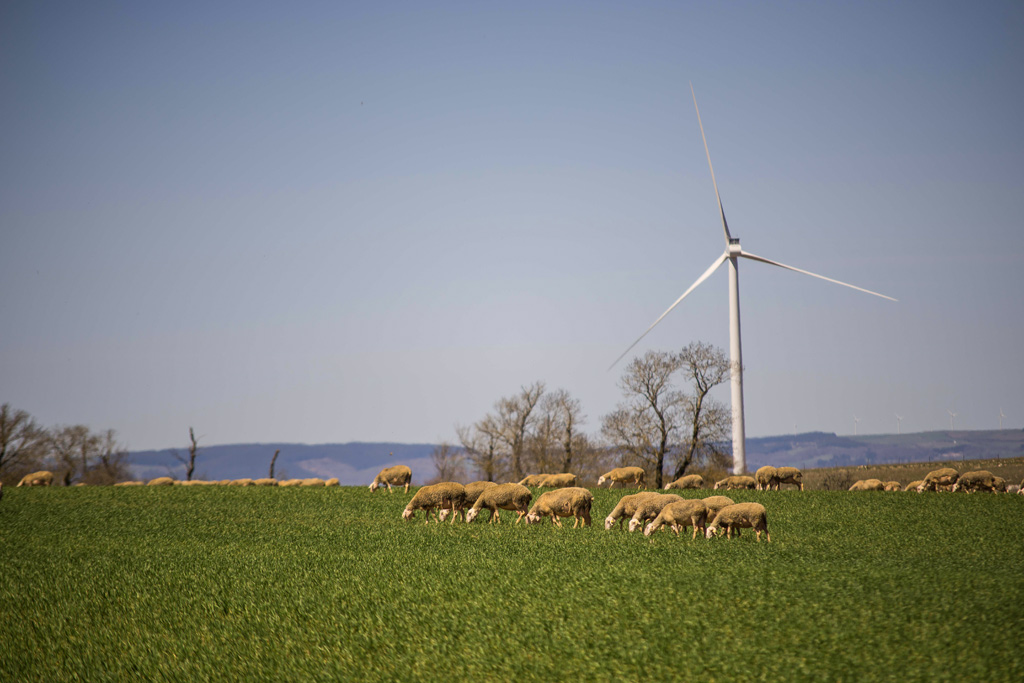 The cheese of the Aveyron

This is a cheese department ! Cheese lovers won’t be disappointed and will spend most of their time in the dairy ! There are numerous small producers, and what could be better than cheese tasting accompanied by impassioned explanations of the cheesemaking process.

Made from sheep’s milk, is the star of the Aveyron. It is matured in special “fleurines” caves, which have clefts in the rocks, providing perfect ventilation. Roquefort is produced in the caves in southern Aveyron, but you can easily find it throughout the department. 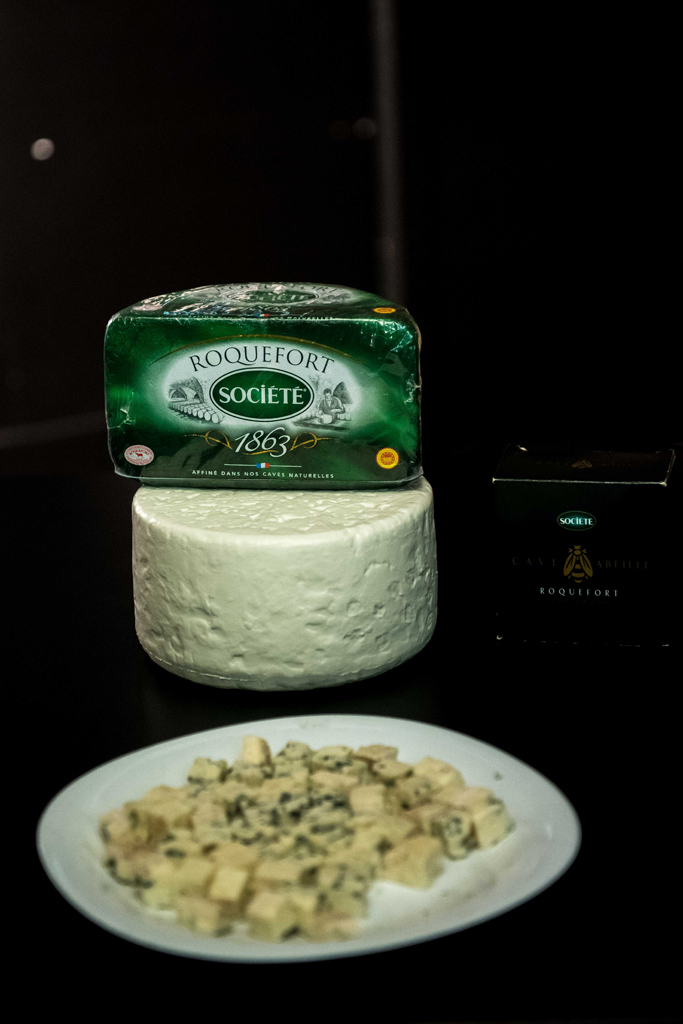 Is a small round cheese made from Lacaune full fat sheep's milk. It has a soft and delicate taste.

Is a blue-veined cheese, like Roquefort, but softer. Its rind is fine and soft, it is made from cow’s milk, and it also has an AOP (Protected Designation of Origin)

Comes from the north of the department, it is pressed, unpasteurised and made from cow’s milk. It has small holes, a soft texture and fruity taste.

Is a cheese from the town of the same name. It is used in Aligot (cheese and potato dish). It is a “Fourme” made from cow’s milk produced during the summer. It is a popular cheese and can be found in many recipes.

Comes from Larzac. It is very soft with a blue-grey rind, made from sheep's milk.

Is a cheese with an orange rind, a strong taste and soft texture. It comes from Larzac.

In Marcillac try Simmenthal, an organic cheese with a yellow rind made from cow’s milk.

Rodez is a cheese with an Italian accent. It looks like Parmesan ; it is a hard, dry cheese, very good grated over pastas or in soup. 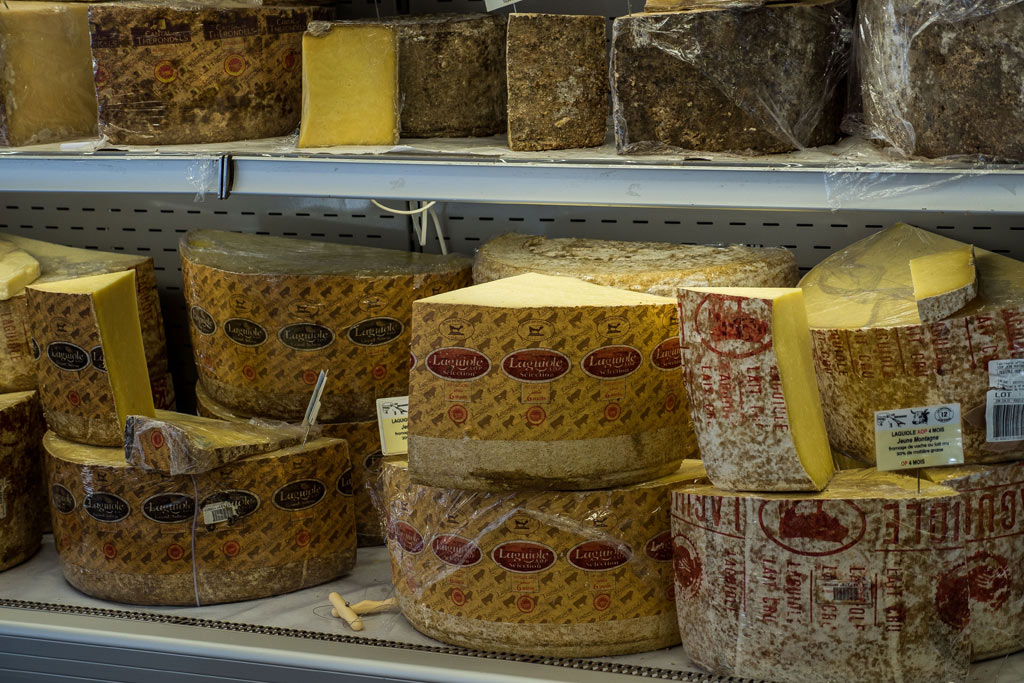 Like many places in the southwest, in Aveyron, there is a great tradition of canning and jarring ! Therefore, you can find many conserves, pâtés, rillettes, confits and terrines... Produce is preserved so it can be exported and provide food throughout the year. Remember to bring some home.

What do they eat in the Aveyron? What are their recipes and dishes ?

Farçous Aveyronnais is delicious. They are small herb fritters, made from meat or just vegetables such as chard. Easy to prepare and equally easy to eat, they are best served with salads and are delicious for a quick lunch. 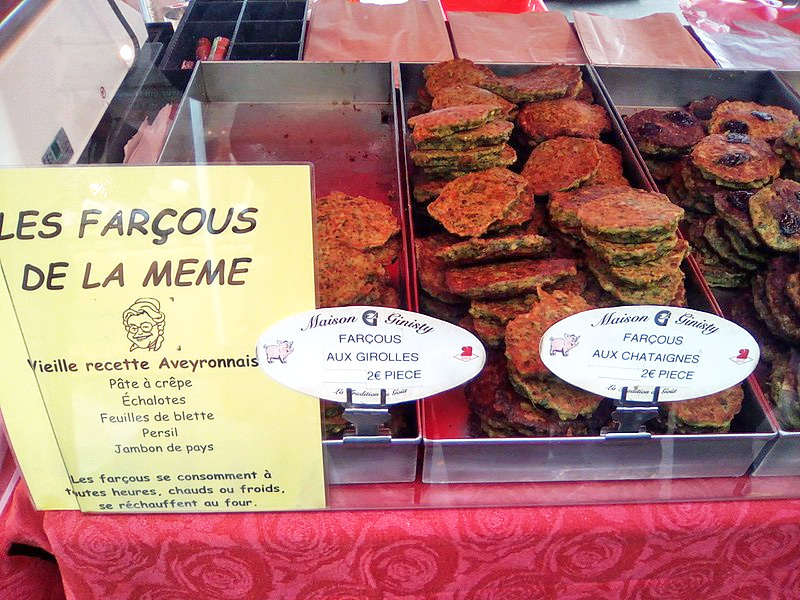 Cheese soup could only be a speciality of the Aveyron, with all the cheese making and culinary traditions of this department ! Cheese soup is made with country-style bread, cabbage, onions, a little bit of white wine, duck fat and... cheese ! Laguiole cheese for example. It is a gratin soup that is eaten with a fork. The fork should stand up in the soup.

Gatis is a brioche stuffed with Roquefort, really lovely ! It can be found around Millau, and is best served with an aperitif or a salad.

In winter, try Mourtayrol, a saffron pot-au-feu (stew) from the Rouergue, which has chicken, prime rib, ham hock and vegetables.

Pounti is not very famous but it tastes good ! It is a children's favourite. It is a kind of thick quiche, with chard and plums with a soft and unctuous texture, spiced up with plums, yum ! 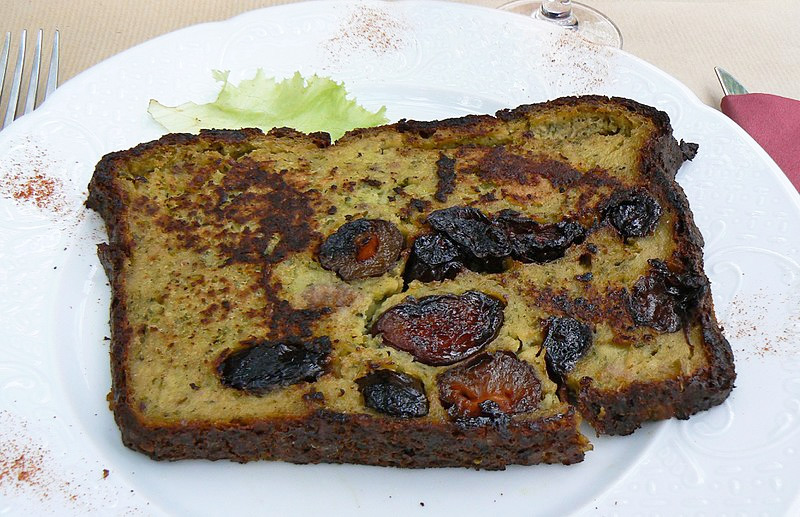 Estofinado is a strange speciality of the Aveyron. It is cooked using dried cod, a stockfish. There is an explanation for this : it was brought by the sailors and exchanged for other ingredients in nearby Decazeville. It is a dish which takes a long time to prepare. Try it !

To the north of the Aveyron, near Aubrac, they eat Aligot ! A celebration dish. It is made with garlic puree, creamed potatoes and fresh tome cheese, which is silky and smooth. It is eaten with sausages, salad, or on its own.

In the Rouergue and the Sagala, they eat tripoux as early as breakfast time. It is made from a sheep’s stomach, stuffed with ham, veal tripe, garlic and parsley... It is cooked in a mix of white wine and tomatoes. Try this speciality anywhere in the department, in the markets, in the restaurants and in the butcher's charcuterie.

Tarte à la tome is sometimes cooked on a wood fire, giving it an inimitable flavour. It is prepared with sour milk.

Pastre is a charcuterie speciality of the Laguiole region. Also called "sac d'os" (bag of bones), it is made with pork leftovers. It is seasoned and dried and becomes an elegant and unusual 'bag' to be tasted !

Astet Najacois is a speciality of filet mignon (pork) with persillade (seasoning mixture of parsley (persil) including garlic, herbs, oil, and vinegar) in the middle. It can be eaten hot or cold. It is very good in sandwiches.

For those with a sweet tooth :

Echaudès are a hard biscuit which has been cooked twice. It is poached and then cooked in the oven. It has a slight pleasant aniseed taste. 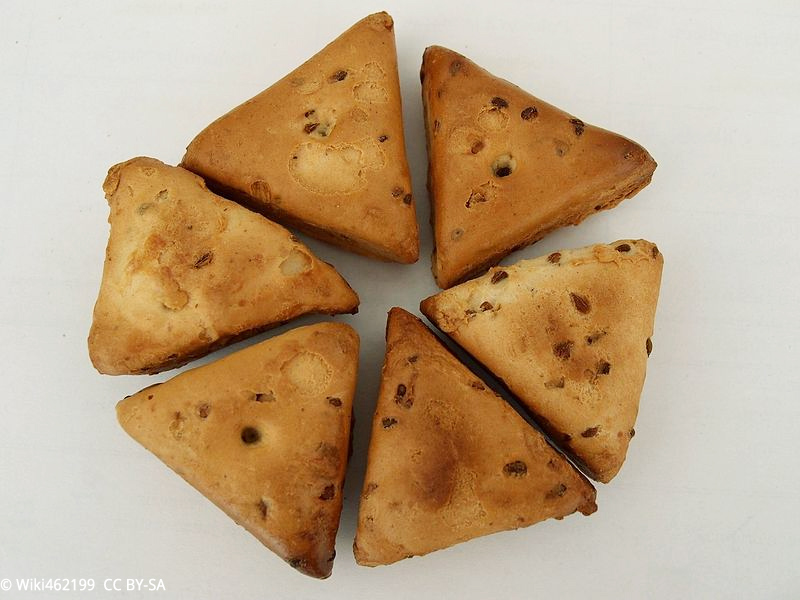 Flaune is a pudding on a shortbread dough (or short pastry depending on the recipe) made from curd, which is sheep’s cheese. Its texture will remind you of cheesecake.

Soleil de Marcillac, which can be found in the town of the same name, is a lovely shaped cake, with almond paste (marzipan) and cream.

The “gâteau à la broche” is a cake cooked on a wood fire and can often be found in the fairs of the southwest. It is difficult to make, because, either you need to use a conic perforated mould which lets the dough seep out during cooking, or you need to add some batter to the turning spit. It's a funny shape and it tastes delicious and woody ! 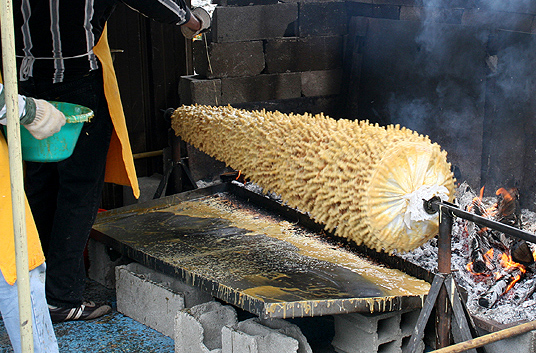 Aveyronnais bread, Régalou, is made from wheat flour and yeast. It is a traditional bread, generally made in a ball shape.