Gastronomy and regional products of the Tarn

This is a very old type of garlic. The first bulbs cultivated have been estimated to date back to the middle ages. It is soft ; it can be eaten raw (without cringing!). It can be candied to extract all its sweetness. It has a rigid shape, unlike purple or white garlic and so it cannot be braided. It is sold in clusters (also called “manouille”). The skin of this garlic has lovely small pink veins. “L’ail en chemise" means cooking the garlic without peeling it. You can add it to the frying oil for chips for example. It is delicious. Crush it to add to fresh pasta with a knob of butter. 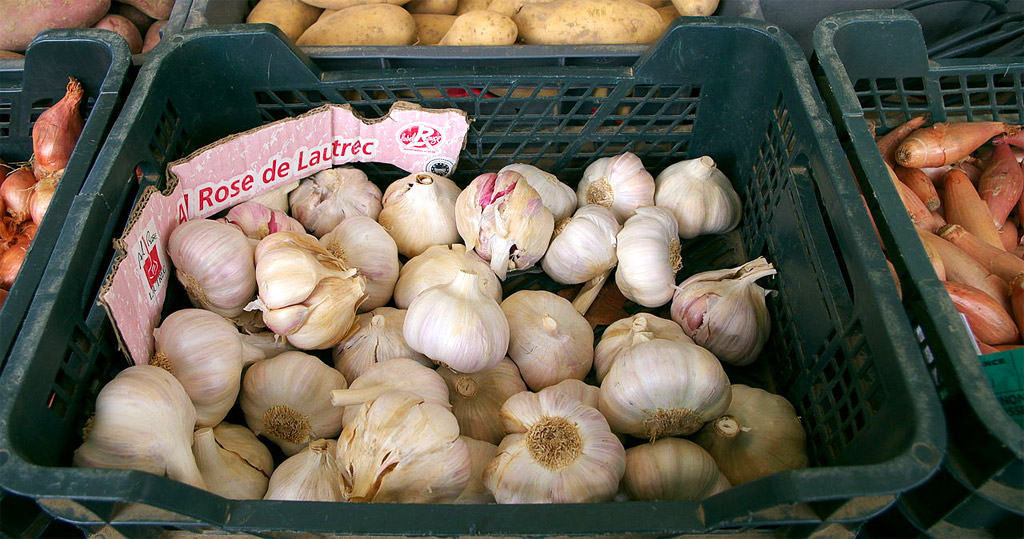 The Tarn is a land of charcuterie and meat salting. Try Lacaune ham (PGI), as well as sausage and salami. It can be found whole, in slices or portions. It is from local pork, fed with the grain of the southwest. Finely marbled, it is certainly salty, but not too much so and strongly flavoured !

The Tarn, and in particular the region of the Monts Lacaune, is difficult to access. From the middle-ages salt and other food was transported by boat and ham was the perfect product to preserve. Fresh meat was traded for salt, which was then used to salt the food and allow the farmers of the small villages to take them home and preserve them for a long time ! 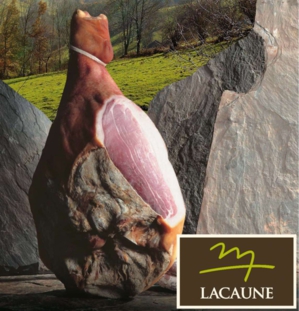 Squash, pumpkin and other cucurbits

Squash is a good accompaniment for Lacaune ham. A velvety squash soup sprinkled with diced ham is very tasty. Squash, pumpkin, butternut squash and other cucurbits, have been popular since the reintroduction of old fashioned and forgotten vegetables. However, squash was never forgotten in the Tarn, it is a popular vegetable which is cooked in many different ways. The “Mesturet” is a traditional dessert recipe that can also be found in Toulouse, made with squash, corn flour, fruit peel and rum, yum ! 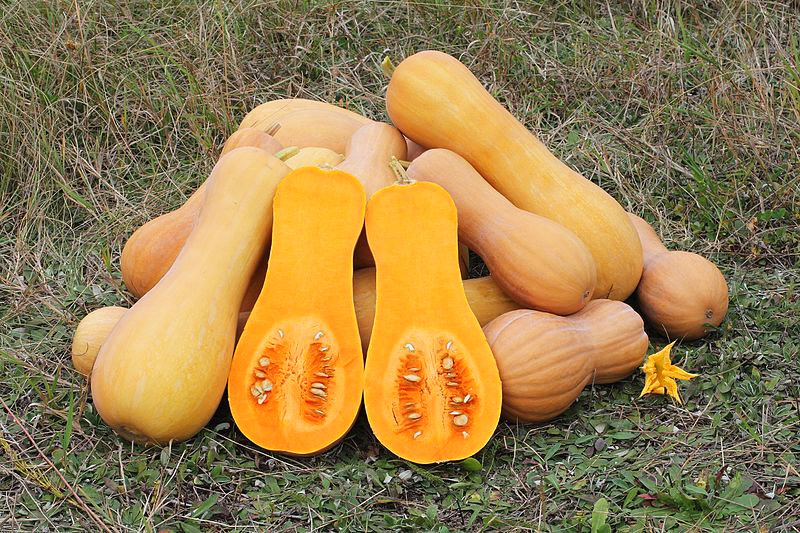 In the west of the department, in the Lauragais, you can find veal of excellent quality. It has a “Label Rouge” (red label) ; the meat is light and savoury. The best veal comes from the “Blonde d'Aquitaine” and “Limousine” breeds. You can buy this meat from the butcher or directly from the producers in the markets and on veal farms.

Pronounce it correctly : the "Respountchou" can be found near Cordes-sur-Ciel. It is a “Tamier Commun” or “Haut Liseron”, (or herbe aux femmes battues – herbs of beaten wives, this rather unpleasant nickname came from its use as a plaster or poultice to treat bruises) at harvest time there is a great celebration! Harvesting begins in mid-April depending on the weather. The harvesting period is short. Asparagus can be found in the boxwoods, close to brambles, positioned in the sun and not in shade. Do not gather them from the road side (because of pollution). The asparagus must be carefully washed in vinegar several times to kill insects and clean potential contamination. It can be eaten in salads, raw (a bit like dandelions, it has a bitter taste) or just blanched or in an omelette, with potatoes and perhaps in a tart. Be careful, it is a diuretic plant ! To be eaten in moderation. It can be found in the countryside, sometimes in the markets and even on restaurant menus during the season.

Another product harvested from nature and which is popular in the Tarn, it is the sureau (elderberry). You need to be careful with this little black berry as some varieties are toxic (if you want to gather them, check in a specialist book). It can be made into jellies, jams, syrups... It is simply delicious on bread, or with cheese. The syrup is made into an aperitif with white wine or champagne (kir). The sureau also has some medicinal properties (the sambucus nigra), it is an anti-inflammatory, anti-allergy and has cleansing properties. It can be found in pharmacies, in homeopathy, phytotherapy and as an infusion for potions. 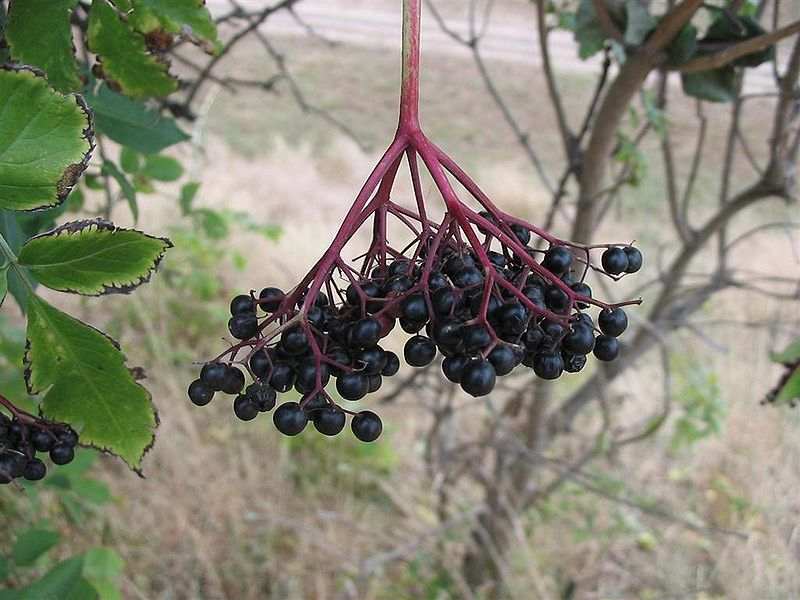 The cheese of the Tarn

With having so many meadows, of course, there are some super cheeses in the Tarn : raw milk goats' cheese. There is the “Secret du Berger”, a light mousse type sheeps' cheese made from raw milk, and matured for 15 days. The ash covered “Pyramide de Brebis” which is square in shape, the “Rouelle du Tarn”, with a hole in the middle, a savoury soft mild cheese. Cabécou, Rondouilié, logs and bricks, small cheese aperitifs ... You will be spoiled...

The truffle of the Tarn

And yes, the black truffle of the Périgord is not only in the Dordogne! This black mushroom, which often grows around the roots of oak trees, is approximately 1 to 20cm (0.40 to 7.87 inches) under the ground. It rarely shows on the surface and this is why animals are trained to find it : dogs, pigs and flies too ! The black truffle of the Tarn has always been there and at the beginning of 20th century it was harvested to sell by a cooperative. Truffle oak trees were planted on the limestone plateau of the Tarn, where these trees thrive the best. Approximately one hundred hectares (247 acres) have been developed. Each year in January in Villeneuve-sur-Vère the “Fête du diamant noir” (black diamond fair) takes place to celebrate this truffle. 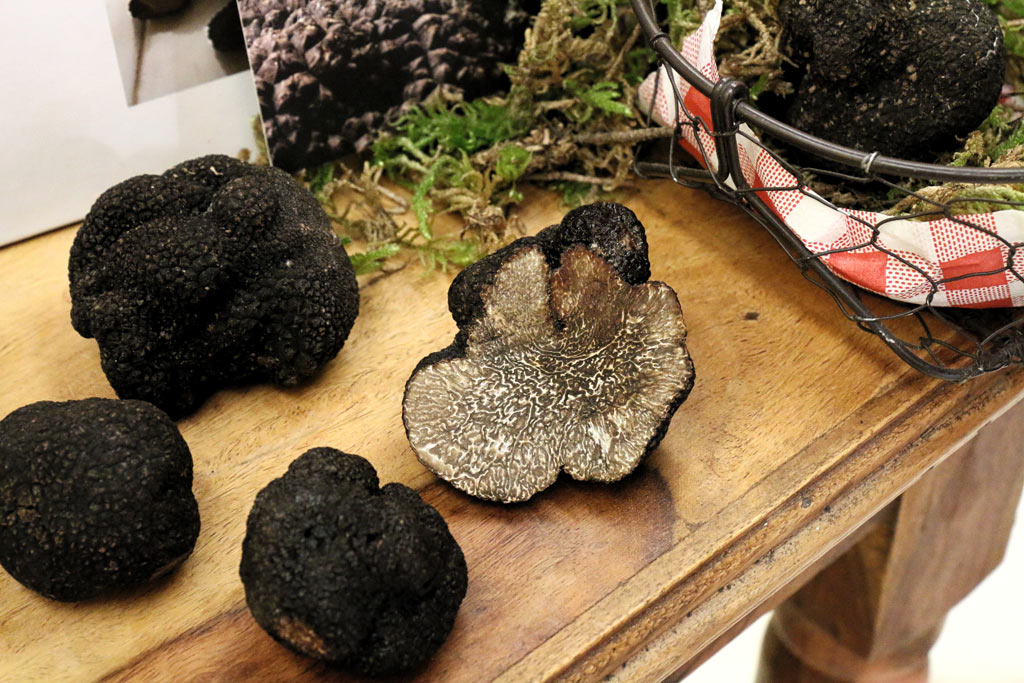 What do they eat in the Tarn ?

Lots of good things ! Lots of hearty dishes made from local produce.

Depending on the season you can try delicious pumpkin velouté (pumpkin velvet soup) and other squash as well as garlic soup and croutons. 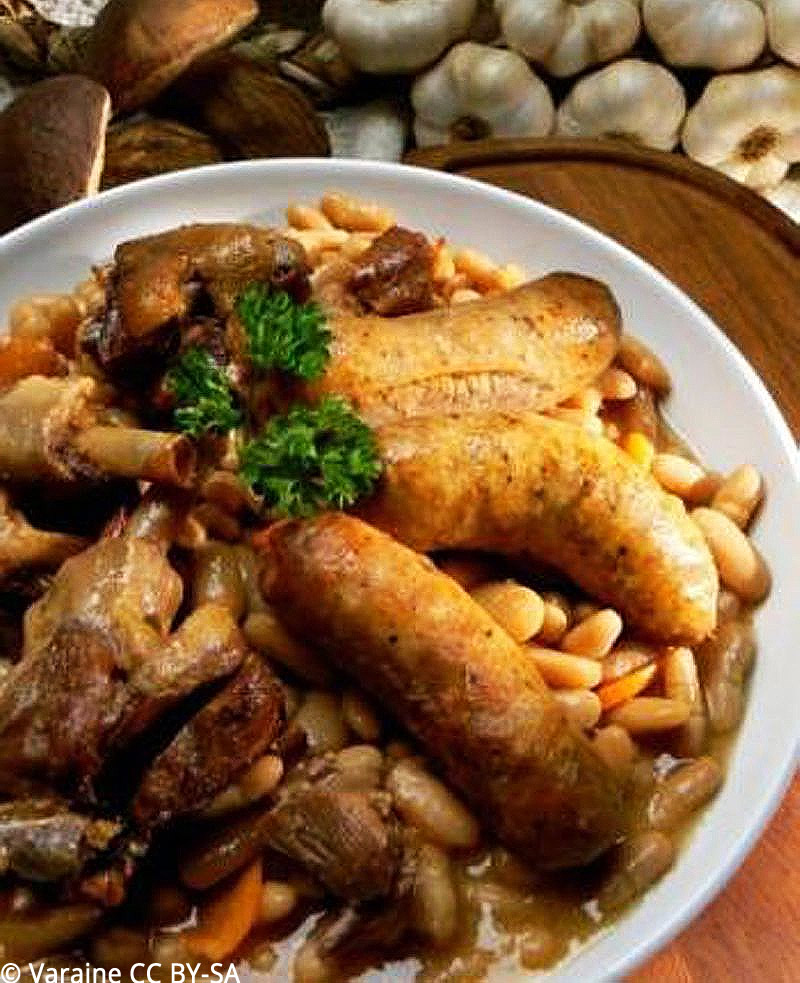 Try, either from the butcher or at the Restaurant Le Melsat, a white pudding made from spices, egg, bread and pork belly. It was the dish of the poor, it was prepared with what they had available, hence, each person had their own recipe and what they all had in common was that they were delicious !

For the adventurous, try Albigeoise saffron tripe, a traditional dish from the Montagne Noire. It is mostly consumed in winter or when it is cold !

In the south of the Tarn, at the border with the Aude, try a typical dish of the Massif des Corbières : the Fréginat. Formerly prepared with boar, today they tend to use pork to cook this pork fricassee with tomato sauce, onions and herbs. It is best served with white beans. 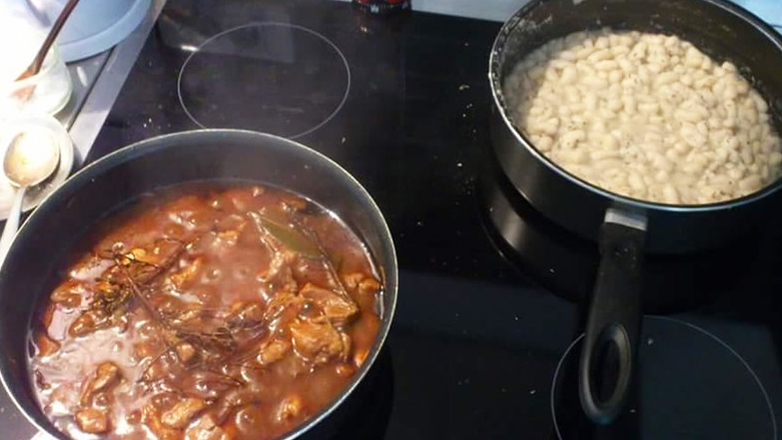 Moving on now to sweet dishes which all have lovely melodic names :

The “Croquant du Tarn” (or from Corde), is a dry biscuit made with almonds and a good amount of sugar... so it is crunchy !

The Jeannots d'Albi are small biscuits, made with aniseed and poached in water.

The Navette d'Albi (The shuttle of Albi) or Navette Tarnaise is a recipe dating back to the Cathars... Its name comes from its diamond shape, like the shuttles (which holds the thread on a loom) of the weavers, numerous in the region.

The Gimblette d'Albi is another lovely small biscuit sprinkled with sugar and almonds, which has rum and orange blossom in some recipes, yum...

The Poumpet (or pumpet) of the Montagne Noire is a puff pastry lemon dessert, a celebration dessert that was eaten after killing a pig. It is very good and less calorific than when it was originally made as the recipe included goose fat.

The Casse-museau is made with sheeps' milk. It is a rather special cake, since it was thrown at people during Pentecost up until 17th century. Confetti that was probably a little bit more painful than today's !!! Now the cake is just eaten.

Another sweet speciality of the Tarn is the curbelet. This is a sort of crêpe or thin waffle rolled into a tube. Its very dry texture means it keeps for many months in a metal tin. You can find them in Cordes-sur-Ciel. 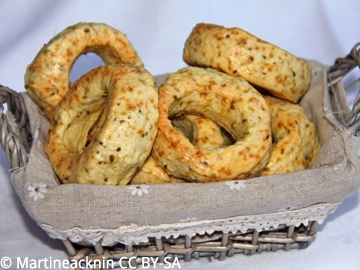