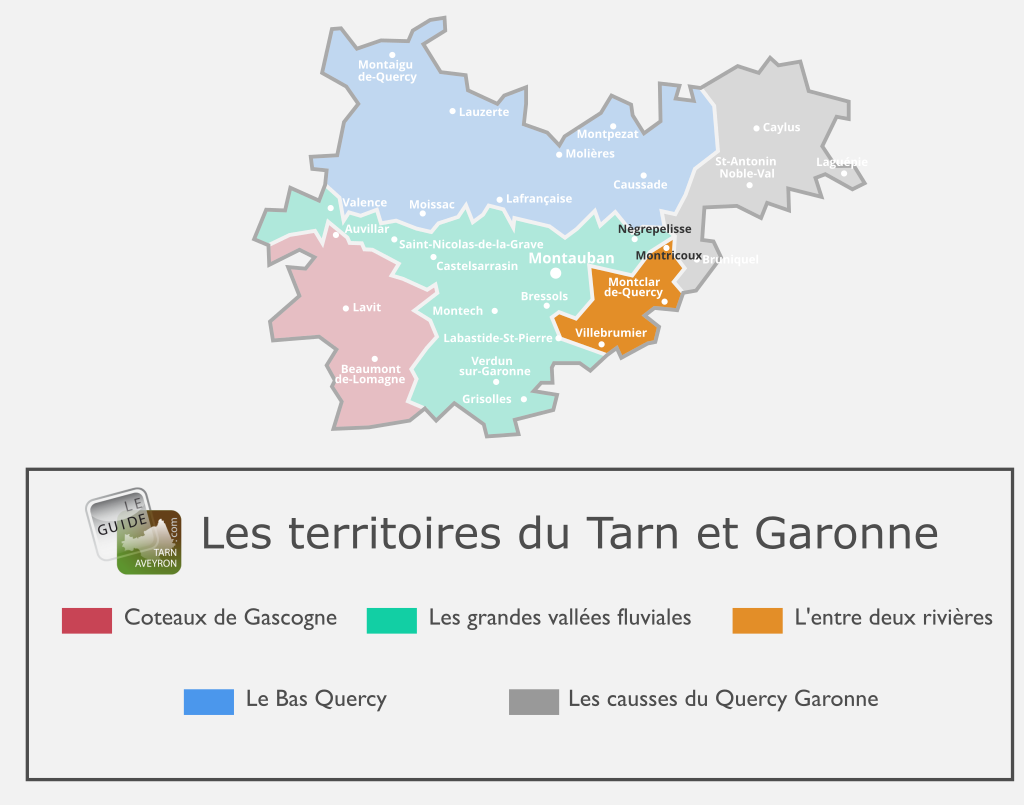 A small territory between the Aveyron and the Tarn rivers, Entre Deux-Rivières is a pleasant nature break, for those looking for quiet, relaxing places. Here, the small villages are rustic and pleasant ! A short distance away from more important towns, there are some fun and quirky tourist sites to be found (Le Petit Paris- a miniature Paris, Le petit train...) an ever-present gastronomic culture and the beauty of the protected natural landscapes to be seen. (eg. the ornithological reserve of Gouyre). Take the time to discover this charming region.

The medieval village of Montricoux is at the entrance to the gorges of Aveyron. It is a land of Templars. The dungeon of the Templars, dating from the 13th century, was originally built much taller, but the turmoil of its history, and especially the French Revolution in 1789, left it in ruins. Today there only remains a restored section, protected by a roof.

Montricoux Castle was also built by the Templars, but was destroyed by a fire and then rebuilt during the 18th century. Today it houses a museum dedicated to the artist Marcel Lenoir. Walk round the fortifications, to see the remains of the lookout towers, the supporting walls and arches. Discover Saint-Pierre church with its Toulousain style belltower. Several wash houses still remain in the commune : the Marcayran was a washhouse as well as the Saint-Laurent covered wash house. The “Véloroute (cycle route) of the Aveyron Valley” goes past the village, you could use it to discover other lovely villages in the area during your stay. Nature sports enthusiasts can use Montricoux as their base for a sporting holiday, near the village you can go mountain biking, rock climbing, horse riding, hiking, canoeing, potholing... 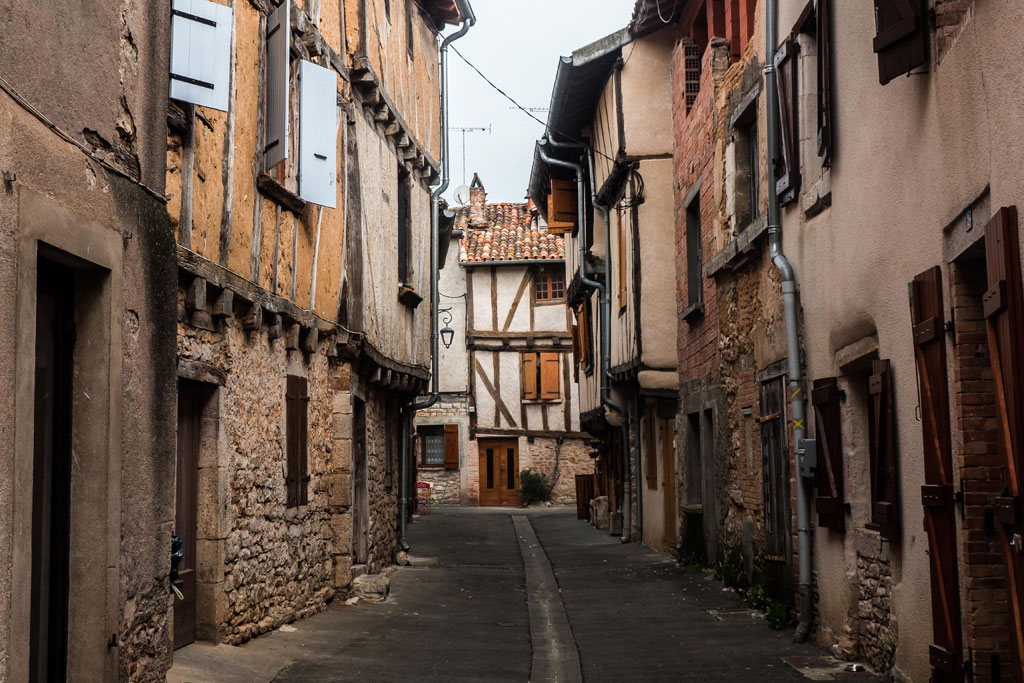 This is a medieval bastide on the hills of lower Quercy. Its history dates back to 587AD. There is not much left of the bastide due to the turmoil it experienced during its history. This is why Montclar has developed a new attraction. This tourist village has three beautiful lakes which attract nature enthusiasts from nearby towns. The “Base de Loisirs des 3 lacs” has a bathing lake with games for children, slides, pedal boats, snack bars etc. It has four swimming pools, including a covered one for the cooler seasons, a paddling pool and a spa. You can rent a chalet, pitch tent on a campsite, and there are some very original "sleeping cars" for rent. For children and old train enthusiasts, you can take a tour of the lakes for next to nothing in a miniature replica of the Orient Express. Fishing is also allowed at the water leisure centre. 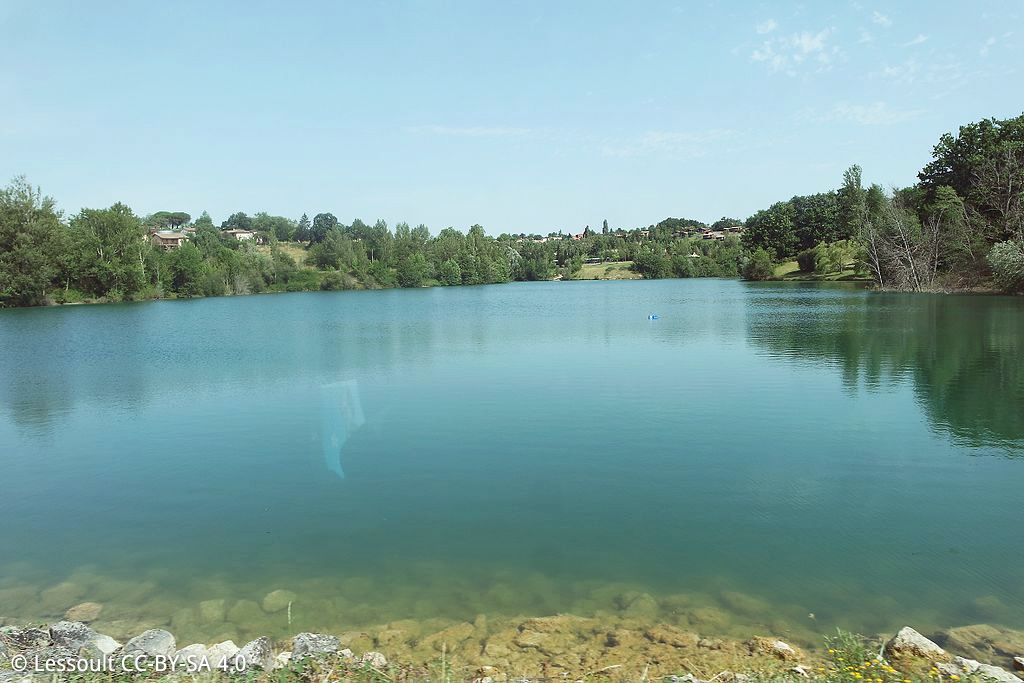 In Vaïssac, on the hillsides of the Quercy, visit Le petit Paris! Located 15 minutes from Montauban, Vaïssac is a lovely, small village with an unusual attraction : a 1/130 reproduction of Paris that Gérard Brion has been building for nearly 15 years : there are 300 cubic meters of models, gardens, monuments, and of course the Seine river! In Vaïssac, there is also an ornithological reserve close to Gouyre Lake, a major site in the department, for nature walks and the discovery and observation of birds in a protected, natural environment. 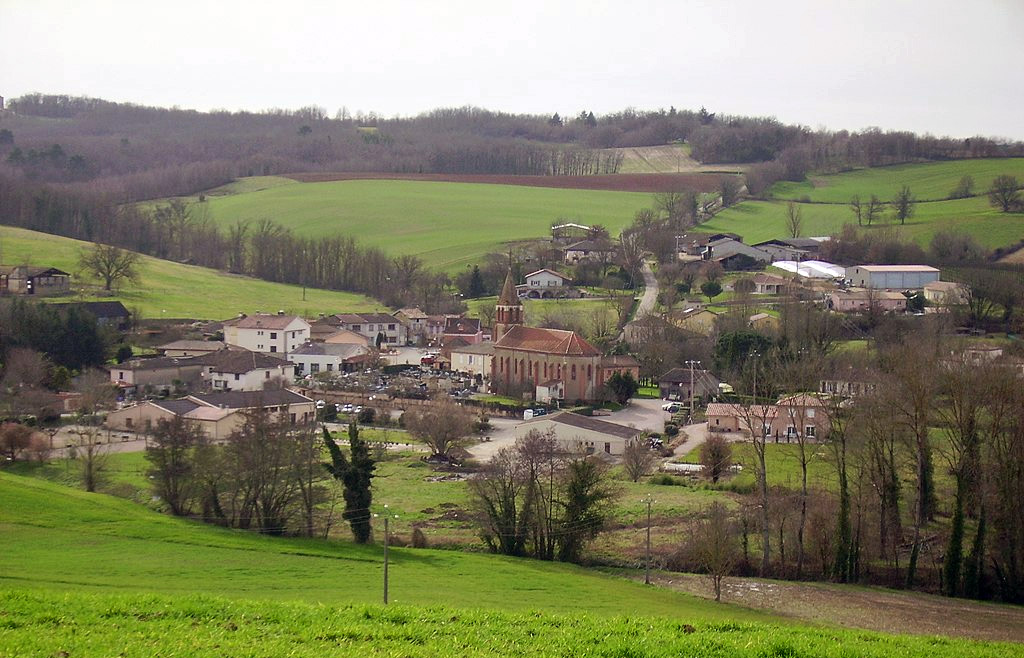 Villebrumier is a bastide town built in 1253 which was, unfortunately, destroyed in 1622. The old village is interesting and there are a number of heritage sites of interest which can be seen on foot. Villebrumier Castle has been entirely refurbished and is situated in a lovely park. The church and Toulousain style bell tower made of brick, the Napoléon III wash house and the suspended metallic bridge above the Tarn, are the main tourist sites in the village. 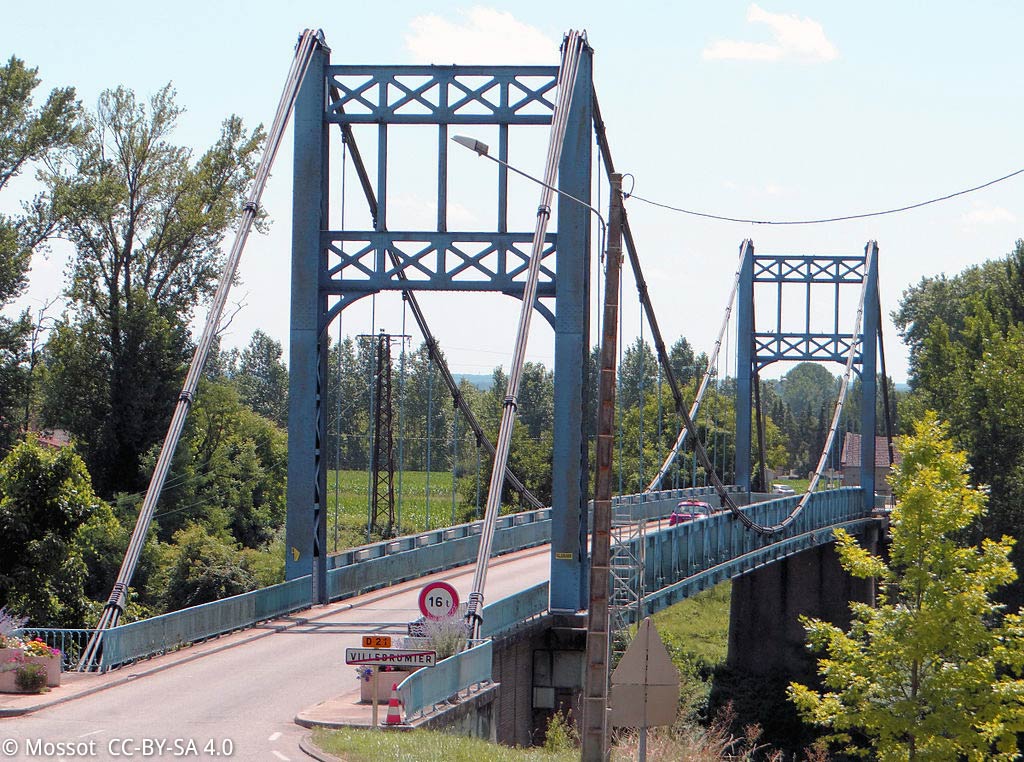