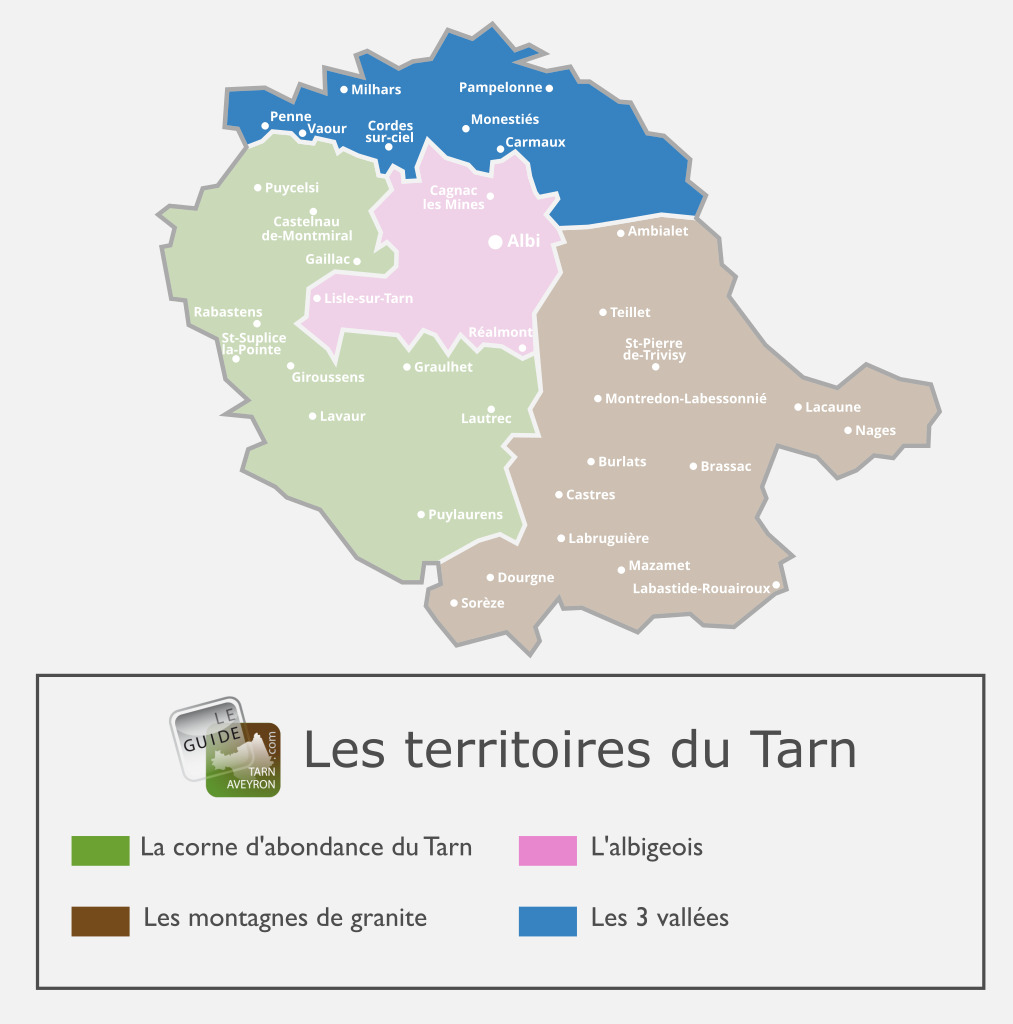 You will find villages of character, of historical interest, hilltop villages, lush valleys and meandering streams. This is a land for nature lovers who want a great holiday. There are three valleys : the Tarn valley, the Bonnan valley and the Viaur valley. This is a highland playground, with the bastides of Penne, Vaour and Cordes-dur-Ciel... Let’s explore these valleys !

Approximately 10 minutes to the north of Albi is Cagnac-les-Mines and a bit further on, Carmaux. Coal mining between 1886 and 1983 links these two towns. A few years after mining ceased, the town of Cagnac-les-Mines obtained the old mines and decided to create a memorial to the industry. In 1990 the museum opened its doors and since 2007, it has been managed by the Department which invested more than 5 million euros to set it up. Today, it is one of the most important museums in the region.

Outdoors, Cagnac-les-Mines also has a lot to offer. There is a fishing lake, a leisure activity and adventure centre called “Cap Découverte”.

In Carmaux, the second most prosperous industry is glass production. Coal mining and glass production were linked as the coal was extracted locally and was used to power the furnaces in the glass factory. This partnership began in 1754 and over the period of one century 500,000 bottles per year were produced. In 1882, with the building of a new factory, which employed 300 workers, 21,000 bottles were made per day ! In 1895 there was a major period of unrest between the trade unions and Eugène Resseguier, the manager of the factory. Jean Jaurès (French socialist leader) resolved the conflict. 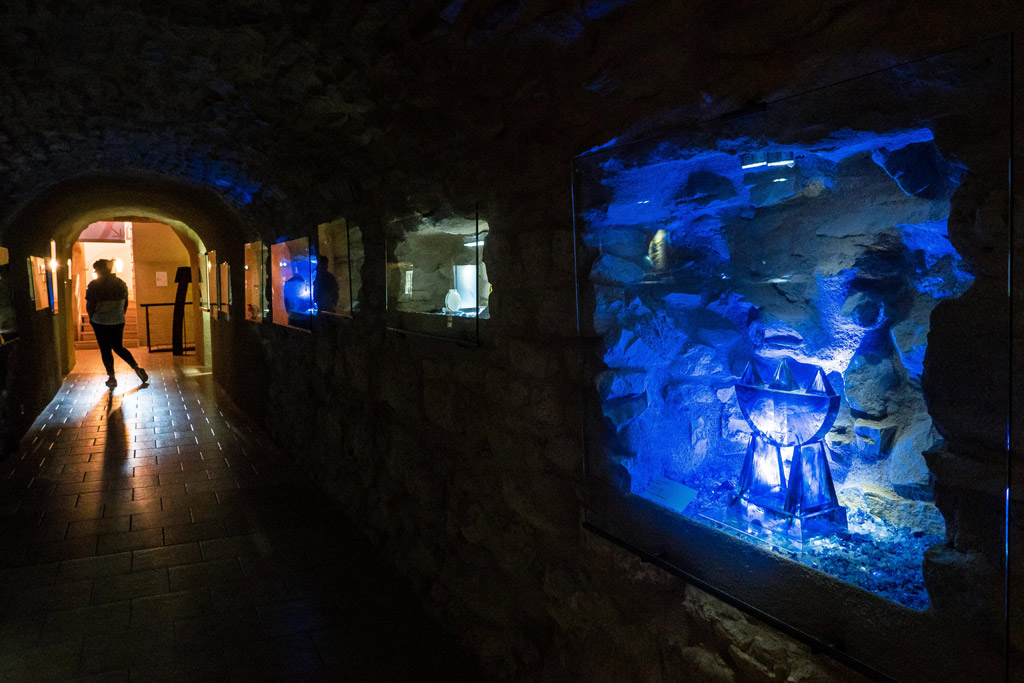 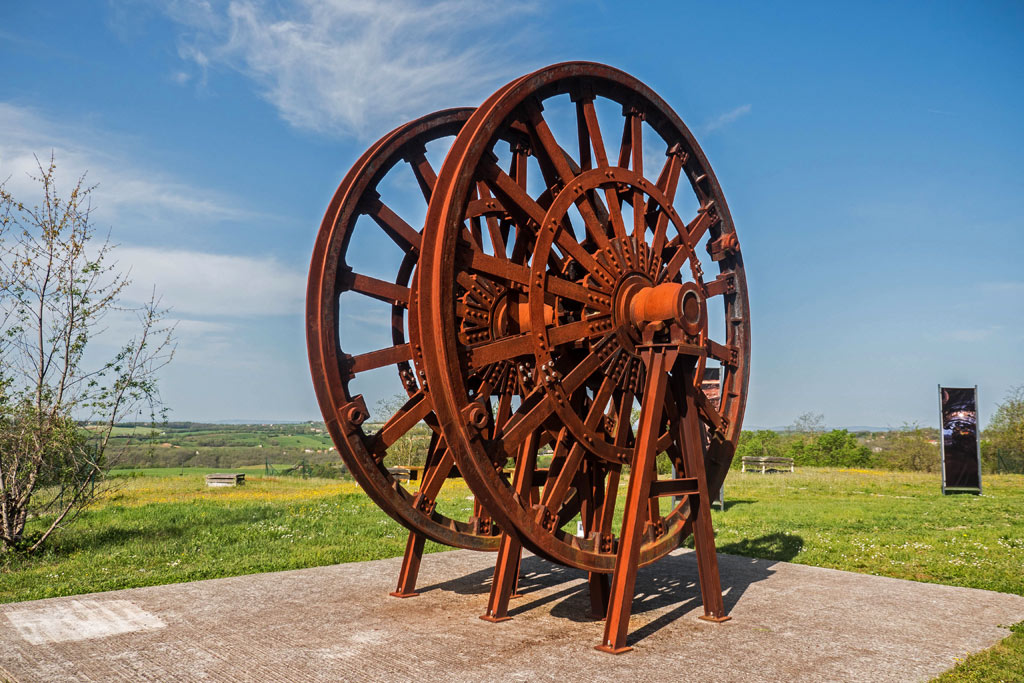 Listed as "one of the most beautiful villages of France", Monestié is a medieval village built in the meander of the Cérou River. Visit this beautiful village with its Gothic church of Saint-Pierre, discover the Spanish paintings in the Bajen-Vega museum which is located in a beautiful mansion, the Saint-Jacques Chapel and its Gothic statues. For walking enthusiasts, there are many hiking paths around the village. For a swim during hot summer days or to enjoy a lovely walk, the Roucarié leisure activity centre has a walking trail, playgrounds, a health trail and nautical activities.

The best tips and plans of Guide Tarn Aveyron in Monestié : 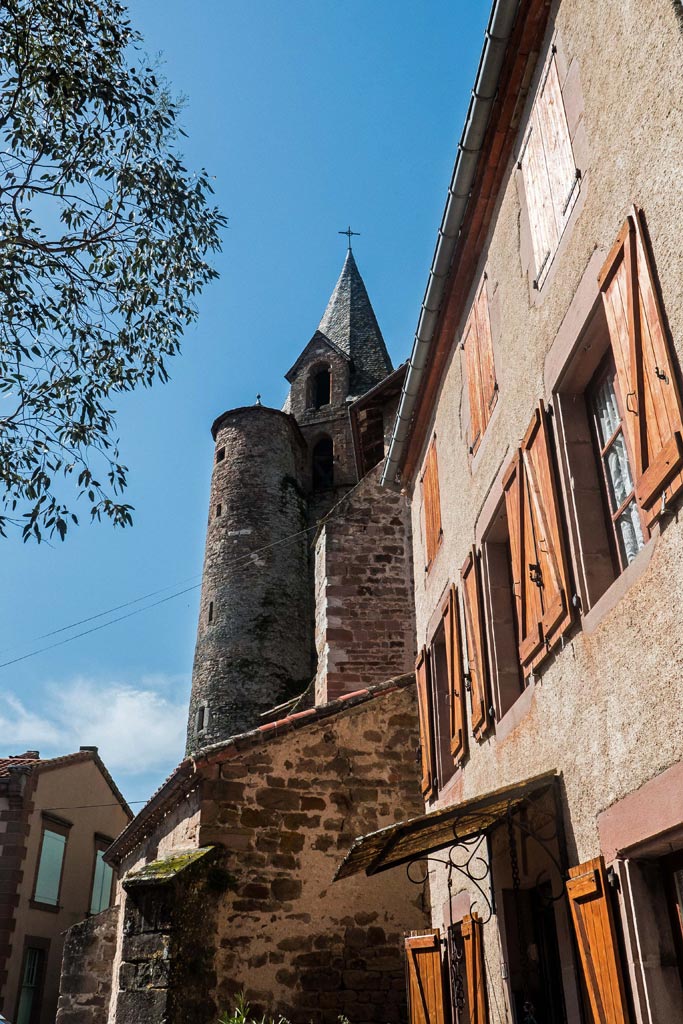 Pampelonne is located in the north of the Tarn, in a region called Sagala, which stretches toward the Aveyron. It is a 13th century bastide, situated close to the Gorges of Viaur, a river which flows from the Aveyron.

Explore the village which has large, pleasant squares, then go to the site of the old Thuriès Castle. It is in ruins, but it is worth a detour ! There is a beautiful view of the Viaur Valley from here.

The best tips and plans of Guide Tarn Aveyron in Pampelonne : 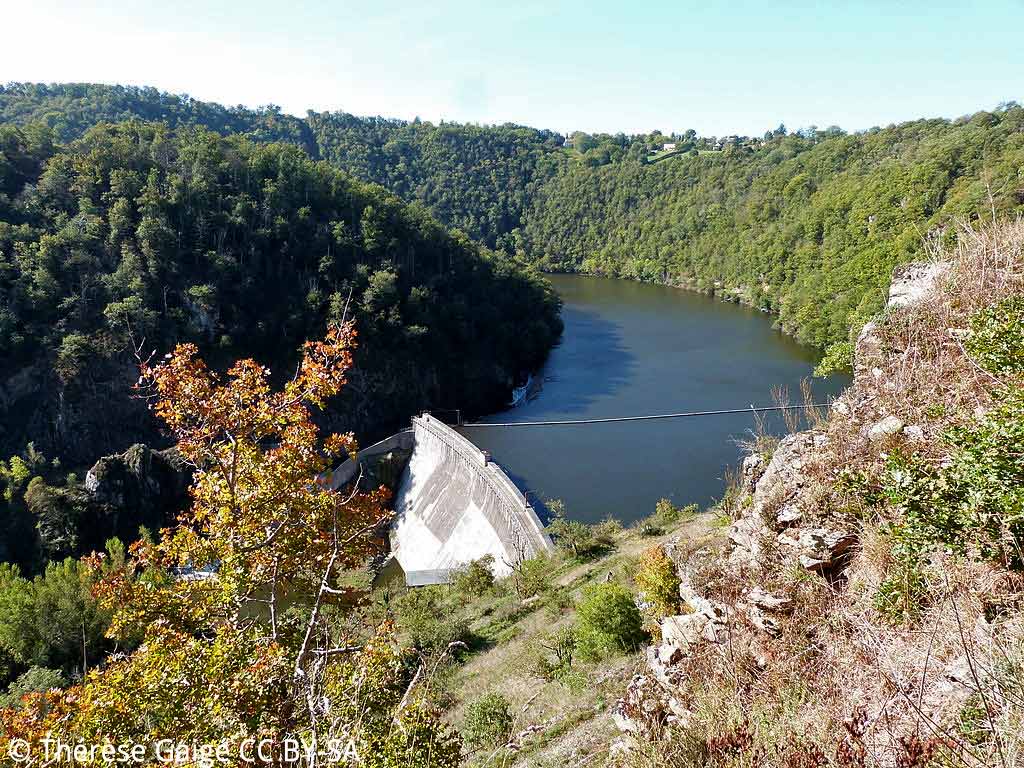 What a beautiful village! Cordes-sur-ciel has a national reputation thanks to its award as a "Preferred Village of the French", in 2014. It is not hard to understand why... Built entirely on a hilltop in 1222, as if reaching for the stars, it is a medieval town with a rich architectural heritage. Listed among the "Grands Sites de Midi Pyrénées", Cordes-surciel is a must see destination !

Weaving and the leather trade generated economic growth during the 13th and 14th centuries. This led to the building of sumptuous and richly ornamented buildings.

The limestone "puech" (hill) on which the village is built, goes from 160 metres (525 feet) to 320 metres (1,050 feet) above sea level. Wear comfortable shoes for your visit. On a lower level, the Cérou river flows peacefully. 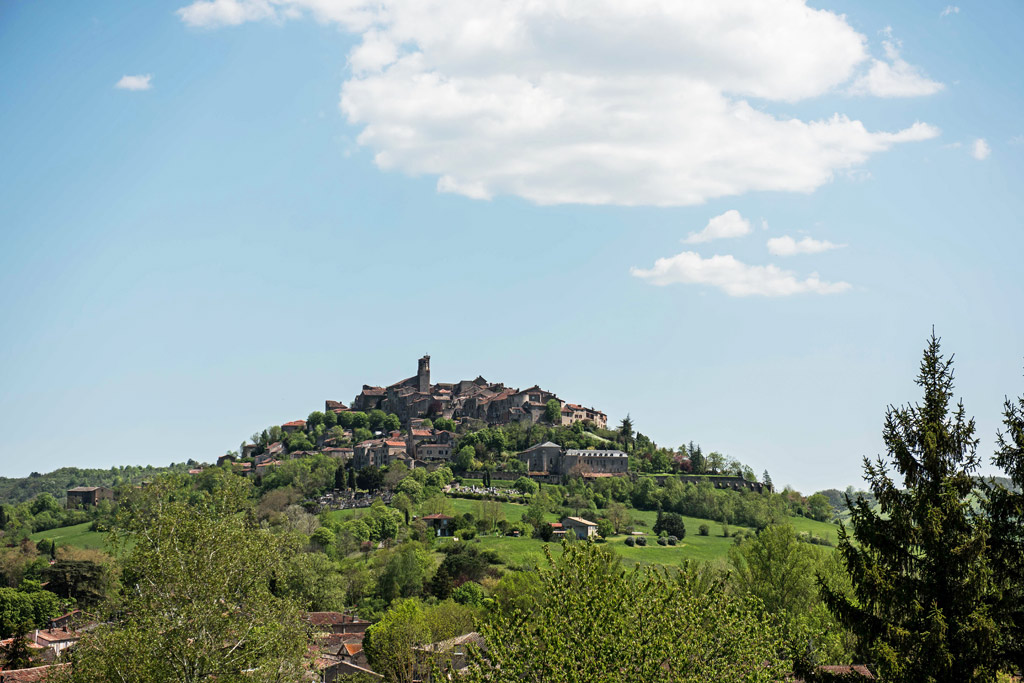 Take a stroll inside the walls of this beautiful village, which has a number of admirable gates. Explore the covered market, listed as a historic monument, which houses the legendary "Puit de la Halle", a well which is very deep.

Beautiful houses with pink, sandstone façades include the Maison du Grand Veneur which has a sculpted façade, and Saint-Michel church.

Museums : children and food lovers should not miss the Musée du sucre et du chocolat (chocolate and sugar museum), which has an artistic collection of works using these delicious ingredients... To learn more about the town, go to the Charles- Portal museum, he was an archivist and historian. The building housing the museum is worth seeing as well ! Historama is another museum, focusing on the life of the town in the Middle-Ages. Wax figures and life-like situations can be seen during the tour. Finally, the Modern and Contemporary Art Museum, located in the Maison du Grand Fauconnier, will delight art enthusiasts, displaying masterpieces by Picasso, Prévert and Christo...

The best tips and plans of Guide Tarn Aveyron in Cordes-sur-Ciel : 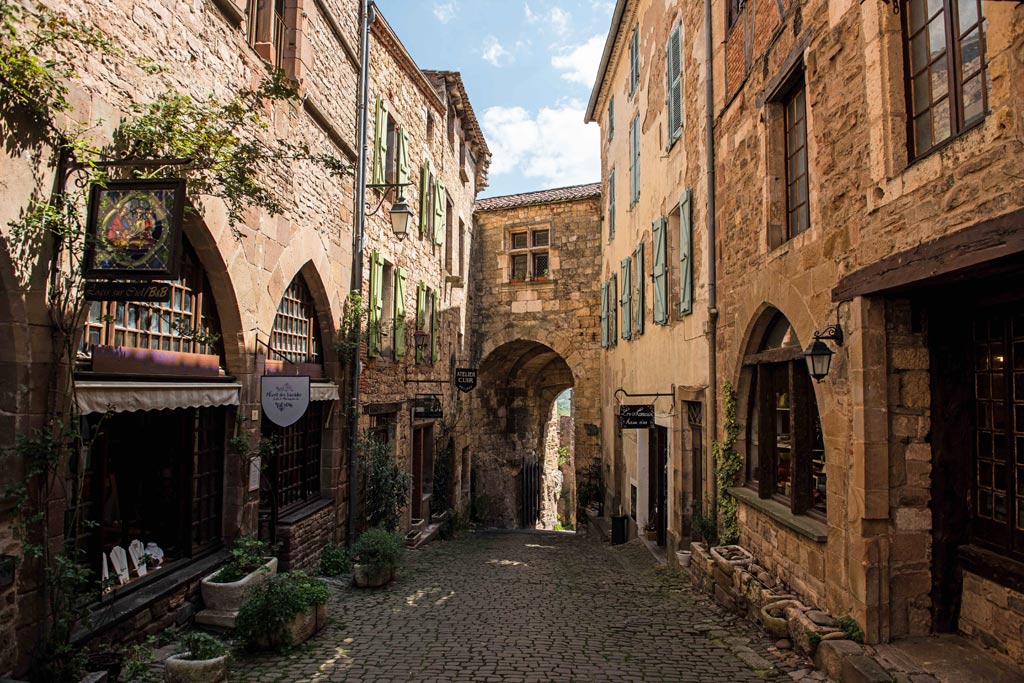 To the north of Cordes-sur-Ciel, Milhars is in the heart of the Pays de Vaour. It is a medieval village made from white stones, with a lot of ochre colouring the defensive walls. This earned it its nickname the "village of walls". It is a village with lots of flowers, and we recommend you have a stroll on the Sentier des jardins et des fleurs (the gardens and flowers path), in the heart of the fortifications, old turrets, close to the gate of Milhars Castle and the church of Saint-Pierre aux Liens...

The best tips and plans of Guide Tarn Aveyron in Milhars : 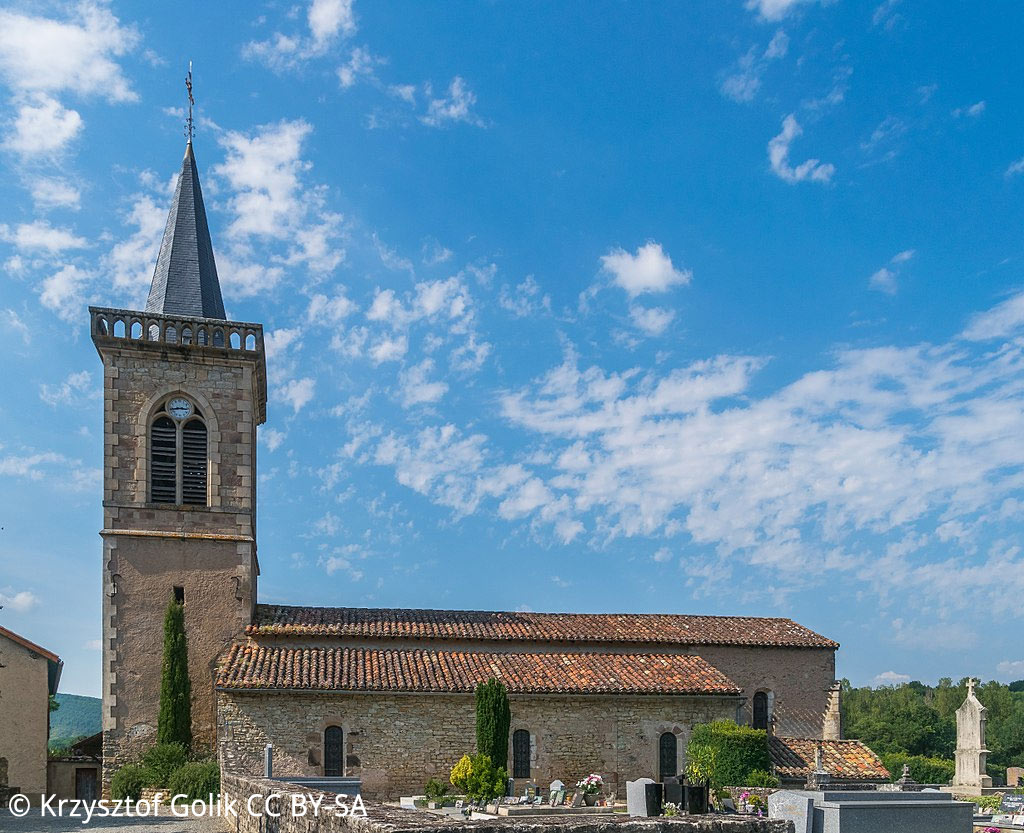 This is another charming medieval city built up high, in the Pays de Vaour. The fortress is spread along the top of the village as if reaching for the sky. Its winding alleyways make you look up and say “wow” ! The "eagle nest" or the "vertigo citadel", as it is nicknamed, is located above the nearby gorges of the Aveyron. Medieval enthusiasts will be fascinated by Penne Castle where you can easily imagine yourself during the crusades. An interpretation tour is available to learn everything about this unique site in Occitaine. Penne's town centre is charming, with its 13th century church and the Sainte-Madeleine des Albis Chapel.

The best tips and plans of Guide Tarn Aveyron in Penne : 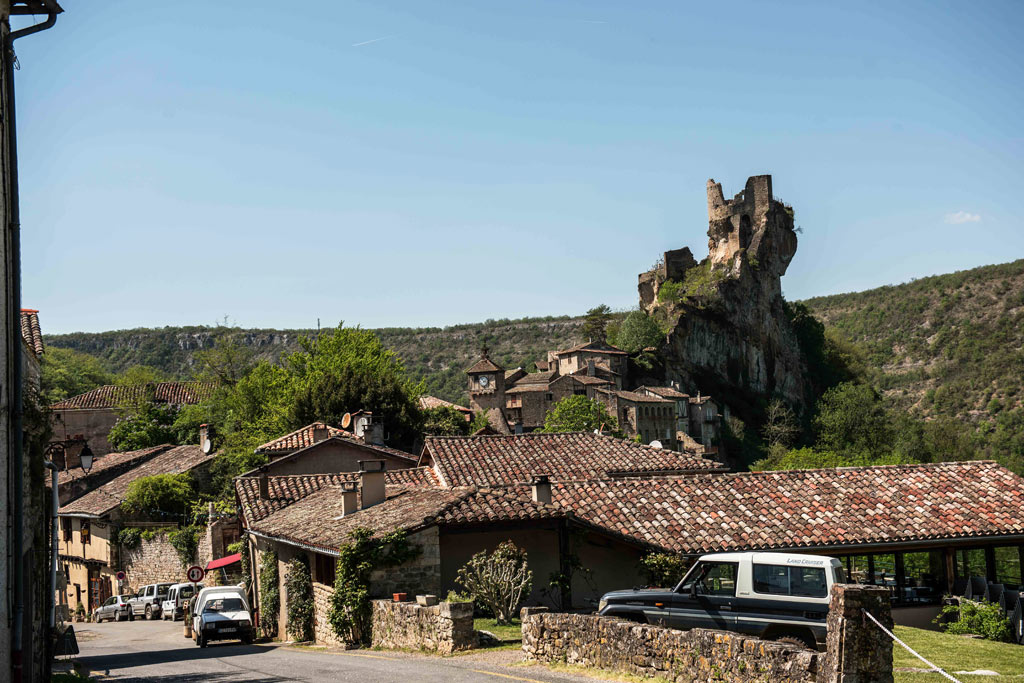 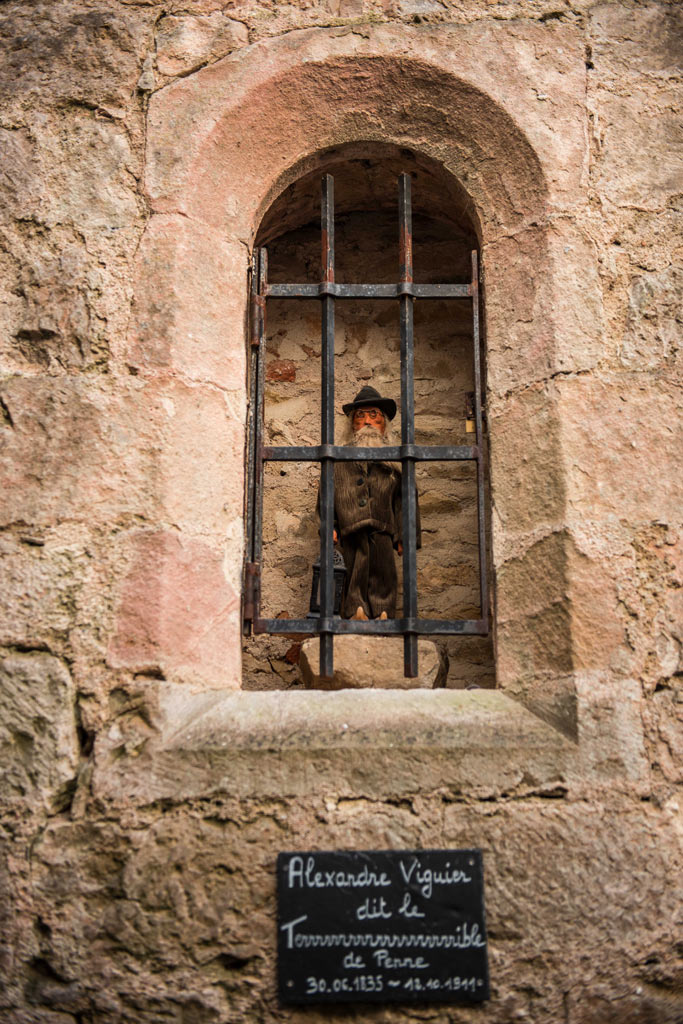 Located at the boundary of Tarn-et-Garonne and close to Penne, Vaour is a small lively, cheerful village of approximately 350 people. The Festival du rire (The Laughing Festival), "L'été de Vaour" (Summer in Vaour) has taken place in August each year since 1986, which reflects the attitude of the population in this small village. Shows are organised in the whole village and the local producers offer typical local dishes to festival-goers. The market takes place every Thursday morning in Vaour. 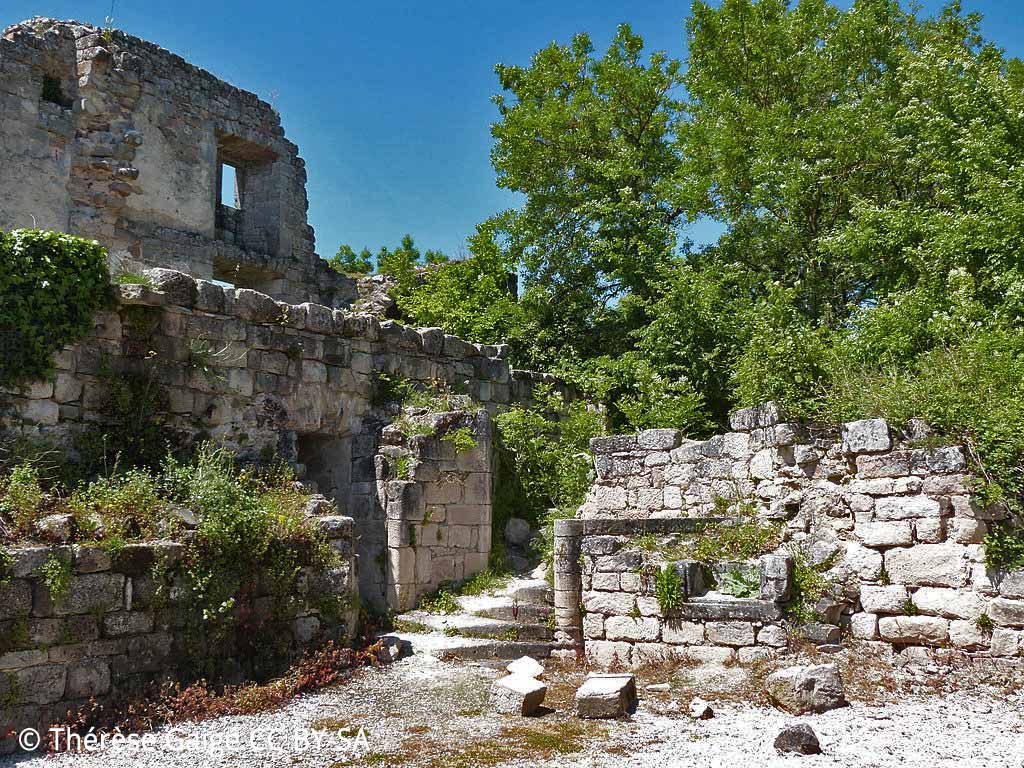